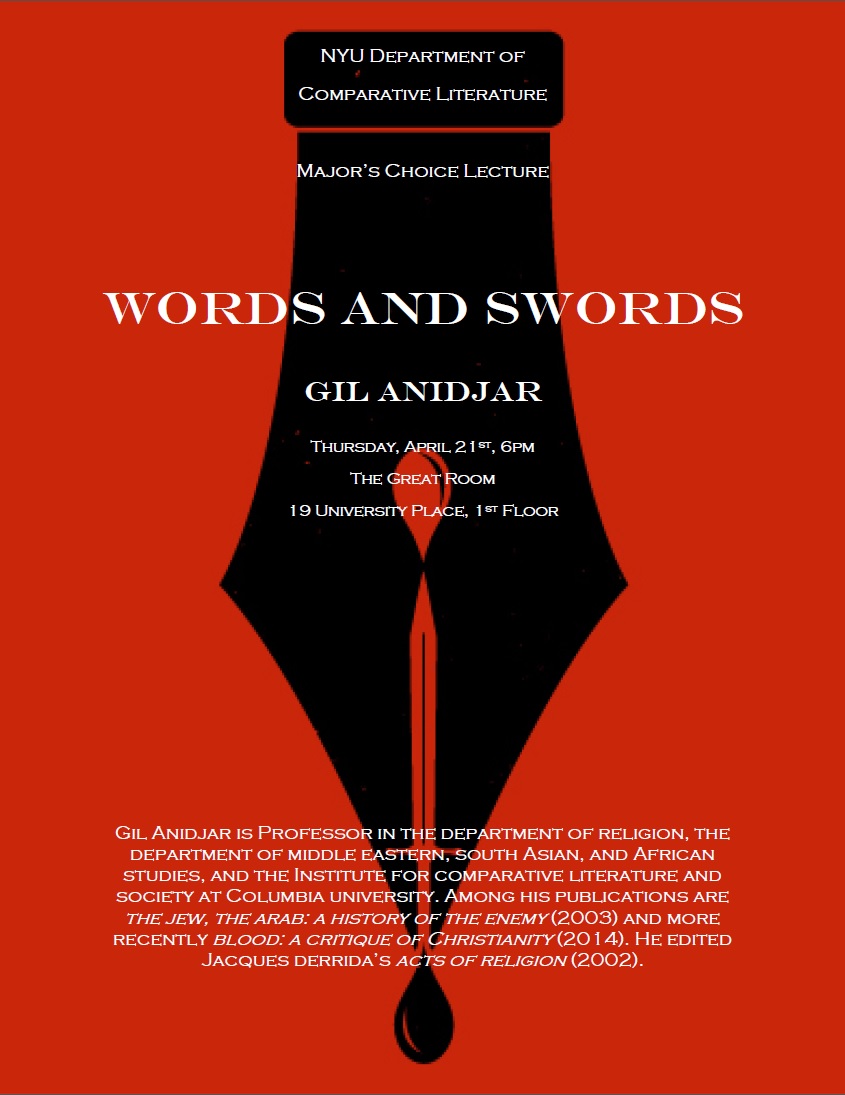 Gil Anidjar is Professor in the Department of Religion, the Department of Middle Eastern, South Asian, and African Studies, and the Institute for Comparative Literature and Society at Columbia University. Among his publications are The Jew, the Arab: A History of the Enemy (2003) and more recently Blood: A Critique of Christianity (2014). He edited Jacques Derrida’s Acts of Religion (2002).