The Department of Comparative Literature marks, in sadness, the passing on 11/8/2021 of Sylvère Lotringer, an inspiring “theory daddy” (McKenzie Wark’s sobriquet), who taught uptown at Columbia for thirty years but found his true home downtown in the literary and artistic avant-garde underground of the 70s. I refer you to Wark’s overview of Lotringer’s life and work in New Left Review.

Sylvère has been described (by François Cusset in his obit in Libération) as a passeur – a go-between or smuggler of French theory into Anglophone counter-cultural communities and of U.S.-based subcultural movements into the rarefied precincts of Euro-philosophy and aesthetics. In 2008 Sylvère donated his historic Semiotext(e) archive to NYU’s Fales Library, specifically, to its Downtown Collection, founded in 1993 by Fales visionary curator Marvin Taylor. Click here for a description of the fond. Chris Kraus, Sylvère’s partner of many years and editor of the Semiotext(e) series “Native Agents,” followed suit by donating her archive to the Library in 2016.

In 2008 I collaborated with Marvin Taylor on a small conference honoring Sylvère’s gift to the Collection. Sylvère was there, and very pleased. There were memorable talks by artist Gregg Bordowitz and writer Lynne Tillman. In fall 2022 I hope to work again with Fales and NYU’s Maison Française on another event, one that, beyond honoring Sylvère’s memory, will serve as an occasion to reexamine parts of the archive in the light of what it brings to theory and critical practices today.

Let me conclude this brief homage with an excerpt of a review of the 2014 Whitney Biennial that I published in Artforum. It offers a glimpse of Semiotext(e)’s impact as a historic body of theory, as seductive in its material traces as in its conceptual and political imagination:

ON MY FIRST VISIT to this year’s Whitney Biennial, I entered a gallery and found myself surrounded by materials documenting the history of the journal Semiotext(e) and the small press of the same name. I’d stumbled on what felt like an uncanny physical manifestation of my own past—specifically, a crucial and affectively charged component of my theoretical formation. Ephemera papered the walls, along with displays of books, while special issues of the journal—on Bataille, on Autonomia, on polysexuality—were lined up in a vitrine, doubles of my own personal effects. Part of curator Stuart Comer’s third of this tripartite show—with Anthony Elms and Michelle Grabner helming the other floors—the installation, drawn from the archive of Semiotext(e) founder Sylvère Lotringer, points up a key if tacit theme of the Biennial. The exhibition is replete with printed matter, writing, texts of all sorts—in short, with words. Under the broad rubric of the lexical fall such works as David Foster Wallace’s notebooks; Allan Sekula’s text-heavy sketchbooks; Etel Adnan’s leporellos, or fold books, conflating painting and poetry; David Diao’s painting 40 Years of His Art, 2013, which depicts an invitation to the artist’s fictional MoMA retrospective; and Susan Howe’s poetic microtexts, which, even as they take words as their medium, challenge the dominion of lexiocentrism via their positioning between “writing and seeing, reading and looking,” as Howe puts it. 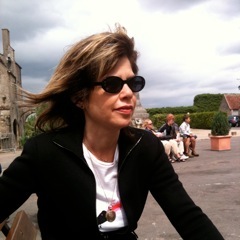