Horror Vacui: Fear of Space in the Ancient World

"On the 'Emptiness' of Space" 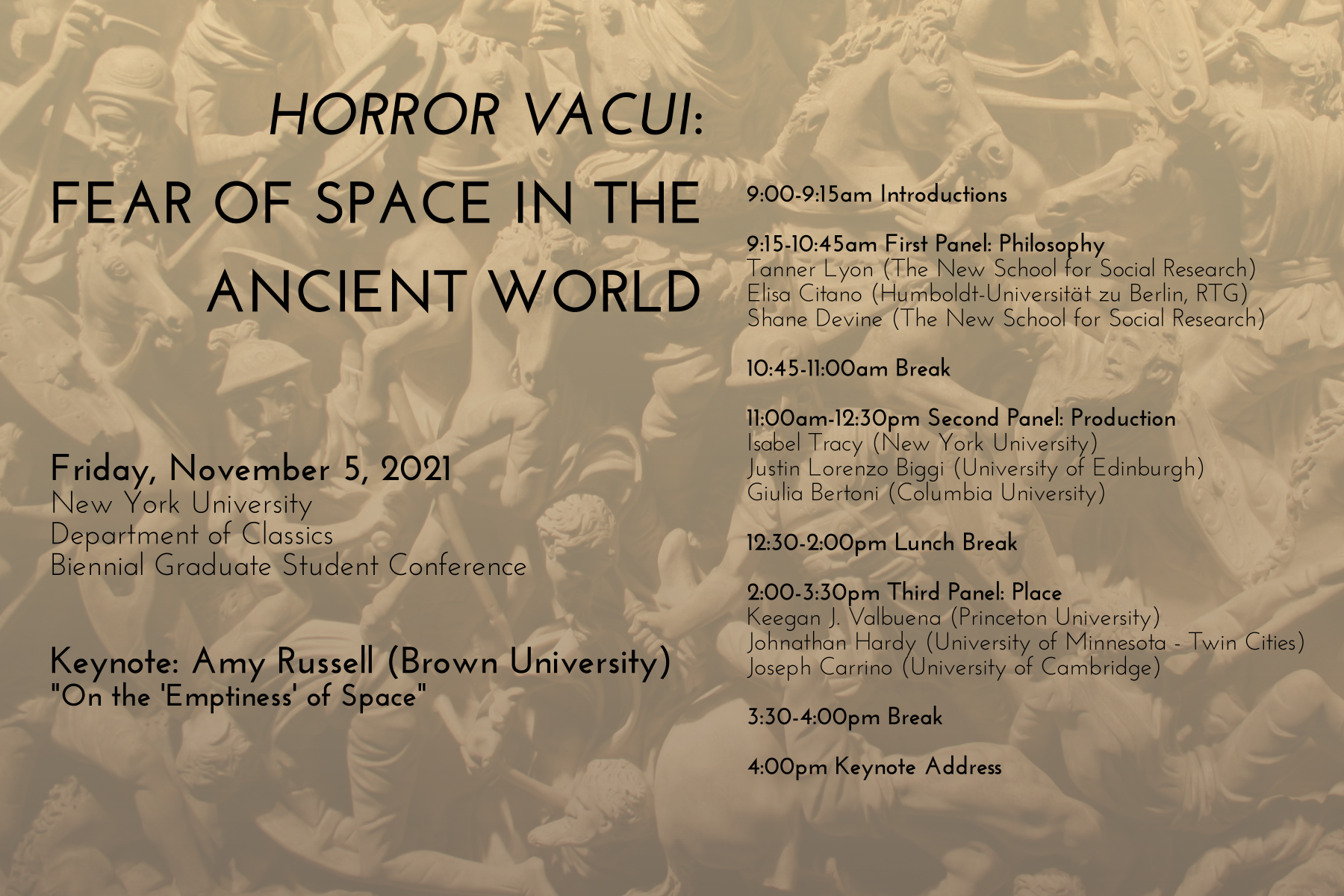 Professor Amy Russell (Brown University)
“On the ‘Emptiness’ of Space”

This paper discusses how space was produced in the ancient world, focusing on the Roman example but drawing on comparative evidence for other societies including Han China. I use Yi-fu Tuan’s distinction between space and place to consider conceptions of space as empty. Is space a void, a blank stage on which humans build the places they inhabit? Or is it always already full of meaning? I argue that for Romans meaningful, cluttered place should be understood as prior to empty, logical space. It was the void that required construction, whether through the partitions drawn by augurs and agrimensores or the thoughtworlds of philosophers. The same process of constructing emptiness can be seen in other cultural fields too, from historiography to aesthetics.

Please direct any questions or comments to the conference organizers, Greta Gualdi and Meredith Millar, at:
nyugradconference@gmail.com