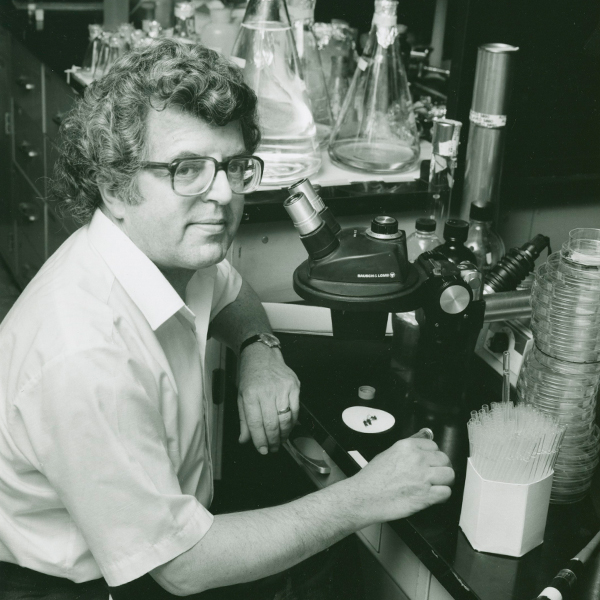 Helped to establish the role of natural selection in the adaptive radiation of the Hawaiian Drosophila.

Dr. Michael Kambysellis was born in Greece and studied Natural Science and Geography at the University of Athens, where he received his B.S. degree in 1960. He earned his M.S. in 1965 from Yale University and his Ph.D. in 1967 from the University of Texas.

In his lab at NYU’s Department Biology, Dr. Kambysellis received funding from the National Science Foundation to focus on understanding the intricacies of evolution in the endemic Hawaiian Drosophila fauna using a multifaceted approach of organismic and molecular analyses.  His highly acclaimed work included more than 70 published articles and abstracts from 1968 to 2005. Although Dr. Kambysellis planned to move from New York to Hawaii following his retirement,  health crises and subsequent declining health prevented him from moving and continuing his research in the Hawaiian rainforests.

Dr. Kamysellis is described as a highly valued and missed collaborator by his colleagues at NYU Biology. Donations were made to the Nature Conservancy of Hawaii in his memory.