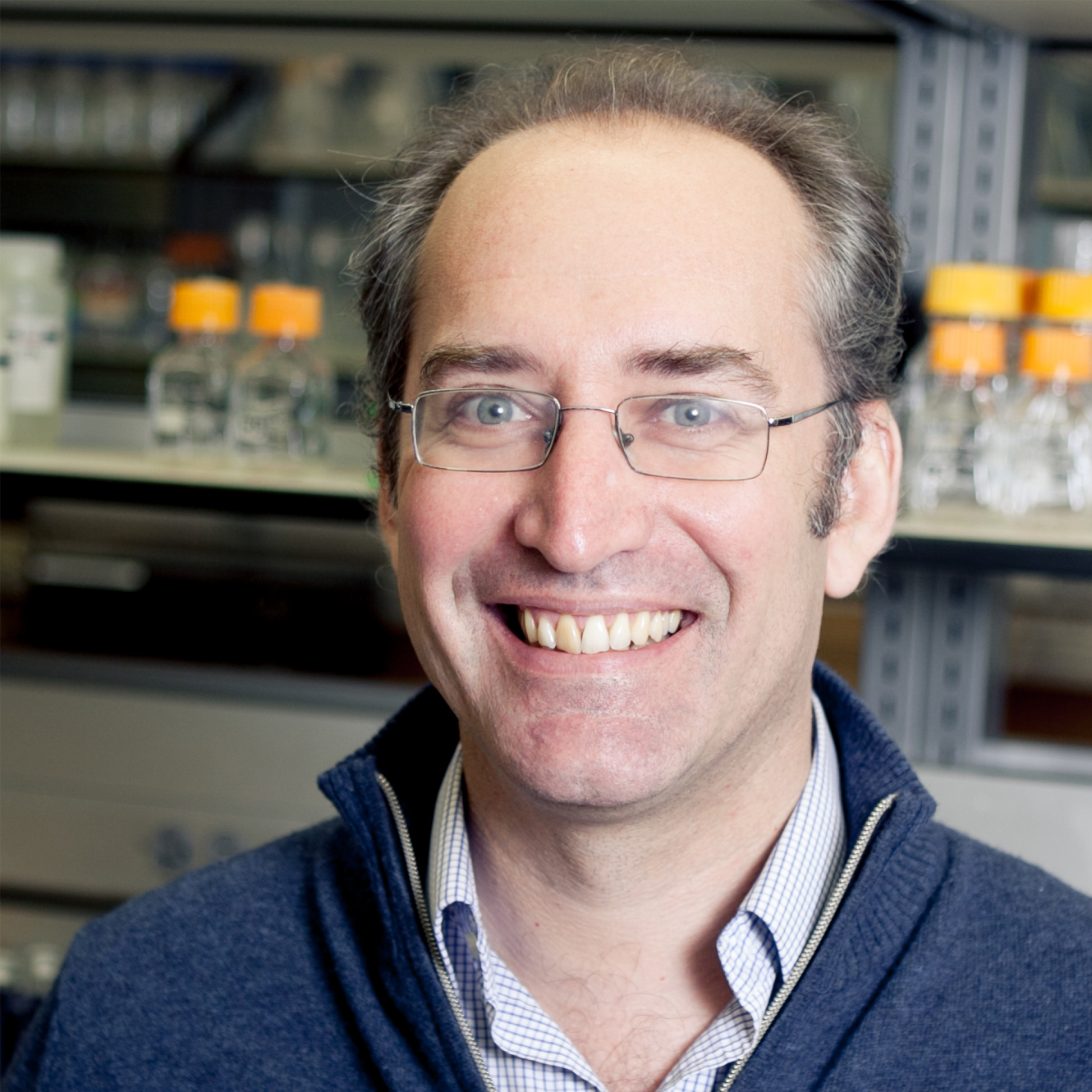 Bacillus subtilis is a non-pathogenic soil bacterium and the prevalent model organism for all low GC Gram-positive bacteria. When B. subtilis cells are starved, they initiate a developmental program that culminates in the formation of highly resistant endospores (also referred to as spores). Endospore formation (sporulation) constitutes a relatively simple developmental system in which the generation of distinct cell types can be investigated experimentally. In previous work in the laboratory of Prof. Richard Losick at Harvard University, we have used a variety of genomics techniques to identify most, if not all, of the genes that are specifically turned on during the process of sporulation in B. subtilis. However, the function of many of these newly-identified genes remains undetermined.

1. B. subtilis spore coat composition and assembly during sporulation

In my laboratory, our characterization of newly-identified sporulation genes focuses on genes involved in the formation of the outermost structure of the mature spore: the spore coat. The coat is a proteinaceous shell surrounding the spore. It confers resistance to various chemicals and is required to maintain the structural integrity of the spore to avoid spontaneous spore germination. More than 30 different coat proteins had been previously characterized in B. subtilis from classical genetic screens. In order to identify the complete repertoire of genes encoding coat proteins, we have performed a systematic program of gfp fusions to the sporulation genes that were identified in our transcriptional profiling experiments. The subcellular localization of all of the resulting protein fusions was investigated and as a result, 24 novel coat proteins have been identified. These fusions localize as rings or polar caps around the maturing forespore. We are also expressing all of the newly-generated fusions in cells mutant for genes involved in spore coat assembly. In parallel, we have observed by time-course microscopy that several of the novel coat proteins display dynamic patterns of spore coat localization. We would like to determine how these proteins affect subcellular localization of other coat proteins. The ultimate goal is to obtain a detailed assembly map of the entire developing spore coat.

Many genome sequences of bacteria related to B. subtilis (from the genera Bacillus and Clostridium) have been released recently. We are interested in performing a comparative genomics analysis of sporulation in several endospore-forming species. Using bioinformatics, we can identify orthologs of all known sporulation genes in all of the sequenced genomes and estimate the minimal set of conserved sporulation genes. We will also seek to identify species-specific sporulation genes, i.e. genes absent in B. subtilis but expressed in other endospore-forming bacteria, especially in the non-pathogenic Sterne strain of B. anthracis. Sporulation transcription factors (and their DNA binding domains) are usually conserved in other endospore-formers, although their target genes can differ. Therefore, in species related to Bacillus subtilis, binding sites for sporulation transcription factors can be searched in the upstream sequence of genes of unknown function using the consensus binding sequences defined in B. subtilis. In parallel, we will perform transcriptional profiling analyses of gene expression during sporulation using B. anthracis DNA microarrays. Each newly-identified B. anthracis-specific sporulation gene will be analyzed in more detail. It is expected that many of these genes will encode coat proteins, because the surface of the spore is likely to have adapted depending on the ecological habitat in which a particular species is found. 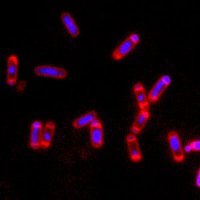 Figure 1
Field of sporulating B. subtilis cells of a strain triply mutant for spoIID, spoIIM and spoIIP. The membranes were stained with FM4-64 (red) and the DNA was stained with DAPI (blue). Photo by Patrick Eichenberger. For details, see Eichenberger et al. (2001). 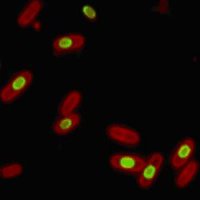 After studying Biochemistry and Molecular Biology, I obtained my Ph.D. from the University of Geneva in 1997. My doctoral work in the laboratory of Prof. Hans Geiselmann focused on the analysis of mechanisms of transcriptional activation in the bacterium Escherichia coli. Then, as a post-doctoral fellow, I moved to the laboratory of Prof. Richard Losick at Harvard, where I spent six wonderful years investigating various aspects of sporulation in Bacillus subtilis with a special emphasis on genome-wide identification of sporulation genes. I joined NYU Biology’s department as an Assistant Professor in October 2004.