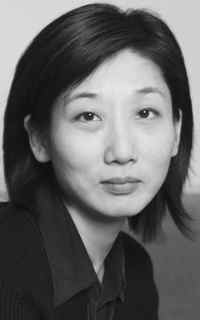 Eleana J. Kim is an assistant professor of anthropology at the University of Rochester, where she teaches courses on environment and nature, war, migration, and the media.  She is the author of Adopted Territory: Transnational Korean Adoptees and the Politics of Belonging (Duke University Press 2010), an ethnographic study of the political, economic, and cultural dimensions of transnational adoption from South Korea to North America, Europe, and Australia.  In this book, she examines the history of Korean adoption, the emergence of collective identity and organizing among adoptees and their supporters, and the implications adoptee returns to Korea have for South Korean families, modernity, and globalization.  Her current project, Making Peace with Nature: The Greening of the Korean Demilitarized Zone, looks at the ecological revitalization of the border area between North and South Korea as a site in which to examine the scientific, political and cultural production of nature in the context of ethnic nationalism, global environmentalisms, and political violence. She has received grants and fellowships to support her past and current research from the SSRC, Fulbright IIE, the Korea Foundation, and ACLS, and is a recipient of the 2011 G. Graydon and Jane W. Curtis Award for Excellence in Teaching at the University of Rochester.