The NYU Society for Ancient Studies (SAS) is a cross-departmental graduate student collaborative seeking to foster an interdisciplinary community of scholars with interests in the ancient world at New York University and the surrounding area. Our members include Ph.D. and M.A. students from Classics, Hebrew & Judaic Studies, ISAW, the IFA, and Comparative Literature. In seeking to cultivate a community of young scholars, we endeavor always to provide spaces to promote the ideas and voices of our graduate students.

We organize several events throughout the academic year in service of our mission. We host guest lectures by noted scholars, both from NYU and the region, with interdisciplinary interests in the study of antiquity; organize an annual graduate student invited lecture; an annual interdisciplinary undergraduate conference on the ancient world; and sponsor panel discussions featuring conversations between professors and graduate students.

Nazeer Bacchus (Ph.D student, Hebrew and Judaic Studies) is primarily interested in the relationship between poetics, sense, and embodiment in the Hebrew Bible and Second Temple period literature. At present, his research has explored how the textualization of the senses shaped ancient understandings of literary production and the transmission of forms of knowledge.

Peter Moore Johnson (Ph.D student, Institute of Fine Arts) focuses on Ancient Egyptian and Nubian Art. His specific interests include aesthetics and image ontologies of Nile valley visual cultures, materiality, gender in antiquity, and the historiography of ancient art. A graduate of Brown University with a B.A. in Egyptology and Assyriology, he has held positions at the RISD Museum, Cleveland Museum of Art, the Art Institute of Chicago, and the Brooklyn Museum. He has previously conducted fieldwork in Iraqi Kurdistan and is currently a member of the Sanam Temple Project in Sudan and the excavations at Abydos in Egypt.

Ricarda Meisl (Ph.D student, Classics) researches the interconnection between democracy, masculinity, and corporeality in Classical Athens and the reception of Greece and these phenomena in modern times. She is furthermore interested in material culture, public humanities, and museum studies and has worked on excavations and in museums in Greece, Turkey, the UK and Austria.

Frances Merrill (Ph.D student, Classics) is interested in studying the tragedies of Seneca the Younger, but currently wants to try to get through her coursework and enjoy reading everything! She has participated in archaeological fieldwork as well, eventually focusing on Roman and Etruscan pottery.

Stephanie Savage (Ph.D. student, Classics) studies the art and archaeology of Greece and Rome with particular interest in the Peloponnese from the Late Bronze Age through the Hellenistic period. She is interested in the intersection of warfare and the archaeological record, the development of sanctuary spaces, regional variations in culture and religious practices, historiography, and Sparta and her modern reception. She has excavated for multiple seasons at the Sanctuary of Zeus at Mt. Lykaion in Arcadia.

Poppy Steel Swayne (PhD student, Classics) is primarily interested in Greek tragedy and Greek and Roman New Comedy, as well as cognitive approaches to these and their ancient reception in Greek and Latin literature. She also has interests in Middle Egyptian and Akkadian.

Josh Williams (Ph.D student, Classics) mainly focuses on Archaic and Classical Greek literature, Greek religion and ancient philosophy, especially Plato. He is interested in literary and narratological interpretations of the Platonic Corpus, the hermeneutics and interpretation of metaphor in Plato and generally, as well as Greek synoptic poetry and how it expresses relationships between attitudes towards religion and consumption. 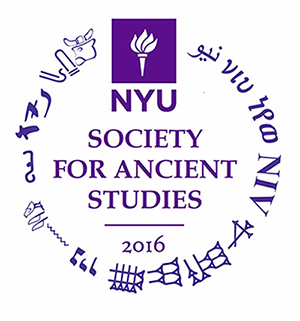