Mark Bibbins is the author of four books of poems, including 13th Balloon (2020), and They Don't Kill You Because They're Hungry, They Kill You Because They're Full (2014), from Copper Canyon Press. His first collection, Sky Lounge (Graywolf, 2003), received a Lambda Literary Award. Bibbins teaches in the graduate writing programs at The New School and Columbia University, and in NYU's Writers in Florence program.

Didi Jackson is the author of Moon Jar (Red Hen Press, 2020). Her poems have appeared in The New Yorker, New England Review, Ploughshares, and elsewhere. After having lived most of her life in Florida, she currently lives in South Burlington, Vermont teaching creative writing at the University of Vermont.

Major Jackson (pictured below) is the author of five books of poetry, including The Absurd Man: Poems (Norton, 2020),  Roll Deep (2015), Holding Company (2010), Hoops (2006) and Leaving Saturn (2002), which won the Cave Canem Poetry Prize for a first book of poems. He is the editor of Library of America’s Countee Cullen: Collected Poems. A recipient of fellowships from the Fine Arts Work Center in Provincetown, Guggenheim Foundation, National Endowment for the Arts, and the Radcliffe Institute for Advanced Study at Harvard University, he has been awarded a Pushcart Prize, a Whiting Writers’ Award, and has been honored by the Pew Fellowship in the Arts and the Witter Bynner Foundation in conjunction with the Library of Congress. He has published poems and essays in American Poetry Review, Callaloo, The New Yorker, The New York Times Book Review, Paris Review, Ploughshares, Poetry, Tin House, and included in multiple volumes of Best American Poetry. He teaches at New York University. 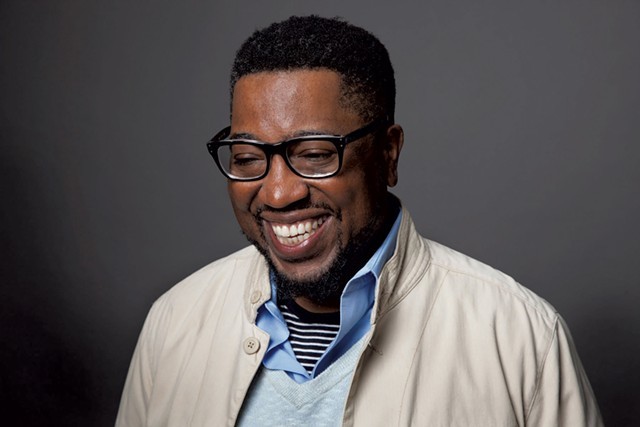