Toi Derricote’s books of poetry include The Empress of the Death House (1978), a collection that draws on her early experiences at her grandparents’ funeral home in Detroit, Natural Birth (1983), Captivity (1989), Tender (1997), winner of the Paterson Poetry Prize, and The Undertaker’s Daughter (2011). She has also published a collection of prose, The Black Notebooks (1997), which won the Annisfield-Wolf Book Award for Nonfiction. In 1996, with poet Cornelius Eady, she founded Cave Canem. Derricotte served as chancellor of the Academy of American Poets from 2012–2017.

Terrance Hayes’s latest poetry collection American Sonnets for My Past and Future Assassin was a finalist for the 2018 National Book Award. His collection How to Be Drawn was a finalist for the 2015 National Book Award, the 2016 National Book Critics Circle Award, and received the 2016 NAACP Image Award for Poetry. His other books are Lighthead, Wind in a Box, Hip Logic, and Muscular Music, and To Float In The Space Between: Drawings and Essays in Conversation with Etheridge Knight. The recipient of numerous honors and fellowships, he is a senior faculty member of the NYU Creative Writing Program.

Elizabeth Alexander—poet, educator, memoirist, scholar, and cultural advocate—is president of The Andrew W. Mellon Foundation, the nation’s largest funder in arts and culture, and humanities in higher education. Notably, Alexander composed and delivered “Praise Song for the Day” for the inauguration of President Barack Obama in 2009, and is author or co-author of fourteen books. Her book of poems, American Sublime, was a finalist for the Pulitzer Prize in Poetry in 2006, and her memoir, The Light of the World, was a finalist for the Pulitzer Prize in Biography in 2015. 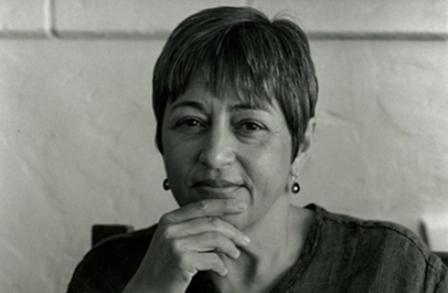