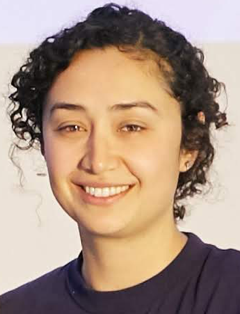 Ribosomes are macromolecules which generate all proteins in a cell, including their own proteins. Cell doubling requires a proportionate doubling of ribosomes, thus limiting how fast a cell can grow. A bound on cellular growth rates from ribosomal protein production was proposed in previous work on bacteria. However, ribosomes are not solely protein: in fact, by mass they contain twice as much RNA than protein.

In this talk I will discuss how ribosomal RNA production leads to a new bound on cellular growth rates, using a minimal model of ribosome self-replication [1]. A comparison with E. coli data reveals that the bacterial ribosome’s 1:2 protein-to-RNA mass ratio uniquely maximizes cellular growth rates as permitted by the two bounds of ribosomal RNA and protein production. This observation leads to a 'growth law' involving RNA polymerases, and an invariant quantity of bacterial growth. Similar arguments for Eukarya lead to several new growth laws for that domain of life [2]. Despite the greater complexity of Eukarya, the predictions are consistent thus far with available data for the model organism S. cerevisiae (baker's yeast). Finally, I will comment on open questions in the field and possible new areas of investigation.