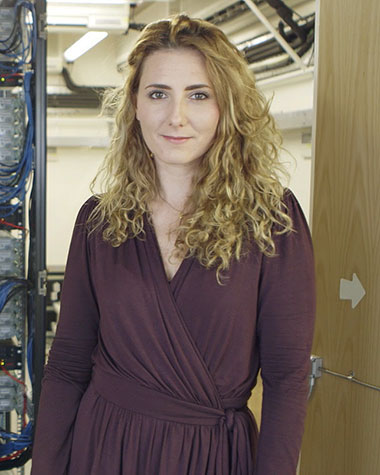 A key challenge in modern soft matter is to identify the principles that govern the organisation and functionality in non-equilibrium systems. Current research efforts largely focus on non-equilibrium processes that occur either at the single-molecule scale (e.g. protein and DNA conformations under driving forces), or at the scale of whole tissues, organisms, and active colloidal and microscopic objects. However, the range of the scales in-between — from molecules to large-scaled molecular assemblies that consume energy and perform work — remains under-explored. This is, nevertheless, the scale that is crucial for the function of a living cell, where molecular self-assembly driven far from equilibrium produces mechanical work needed for cell reshaping, transport, motility, division, and healing.

Today I will discuss physical modelling of active elastic filaments, called ESCRT-III filaments, that dynamically assemble and disassemble on cell membranes. This dynamic assembly changes the filaments’ shape and mechanical properties and leads to the remodelling and cutting of cells. I will present a range of experimental comparisons of our simulation results: from ESCRT-III-driven trafficking in eukaryotes to division of evolutionary simple archaeal cells.