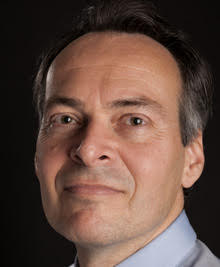 Drying emulsion droplets of particles is a powerful methodology to create structured nanomaterials, supraparticles (SPs) [1-8] by self-assembly (SA) as also the final structures can still be in the colloidal domain and thus take part in further/additional SA. Interestingly, we have shown that both for single sized [1] and binary [2] dispersions of colloids interacting with a hard interaction potential SA inside a spherical boundary results in equilibrium phases with icosahedral symmetry and are thus different from bulk phases up until SPs composed of >100.000 particles! Deviations from a spherical shape can be used to induce directional attachment of the particles inside the SPs [3]. Next to many possible applications in fields like catalysis, sensing [4-5], lighting [6-8], structural colors, (nano)photonics [5-7] (including lasing [8]), quantum matter [3] and sustainability research in general, supraparticles are leading to new insights into fundamental questions in condensed matter science as well. When the dispersion droplets are not dried fully, but e.g. coated with a (meso)porous silica layer the resulting supraparticles have particles inside their shells with remaining Brownian motion [9-10] and can thus be manipulated with external (e.g. electric) fields [9- 11]. This allows for dynamical tuning of e.g. the scattering and/or interactions of such dispersion SPs.