A Lecture on the Early Histories of Tobacco and other American Plants in West Africa and the Ottoman Eastern Mediterranean by Aleksandar Shopov, Rachel Carson Center for Environment and Society

NOTE:  THIS TALK IS OPEN ONLY TO NYU ID CARD HOLDERS.  IT IS NOT OPEN TO THE PUBLIC.

Abstract: This talk presents research from a new book project on the early years of tobacco in the Ottoman eastern Mediterranean. It centers on two unpublished manuscripts, both Turkish or Arabic translations made in Istanbul around 1600 of slightly earlier treatises on the medicinal properties of tobacco. I contextualize these fascinating works within the early history of tobacco and its diffusion in Ottoman lands. Exploring the pathways through which tobacco and knowledge about it moved, including through the Sahara and via Morocco, I treat this as a multidirectional process in which not only Western European merchants but also Ottoman and West African merchants, physicians, laborers, and slaves took part. Rather than receiving or being 'infected' with tobacco, Ottomans actively produced knowledge about this and other new plants from the Americas. I also examine the possibilities for tobacco's early agricultural acclimatization in the Eastern Mediterranean, arguing that its success was enabled by a change in the land regime that led by the late sixteenth century to increased enclosure, privatization of land, and investment in farming both in countrysides and in cities, including Istanbul itself. 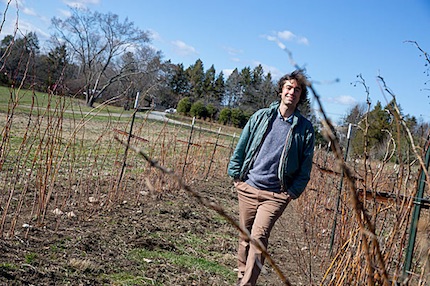 Born in Skopje, Aleksandar Shopov received his MA from Sabanci University in Istanbul in 2007 and his Ph.D. from Harvard University in 2016. His dissertation explored connections between Ottoman farming manuscripts and the rise of commercial farming in the eastern Mediterranean in the sixteenth and seventeenth centuries. He previously held fellowships at Dumbarton Oaks Research Library in Washington D.C., the Research Center for Anatolian Civilizations at Koç University in Istanbul, and the Center for Mamluk Studies in Bonn, Germany. He is a current postdoctoral fellow at the Rachel Carson Center for Environment and Society in Munich, where he is completing the first monograph on the history of urban farming in Early Modern Istanbul.