The State(s) We're In: A New Age of Transatlantic Relations — Threats to Democracy 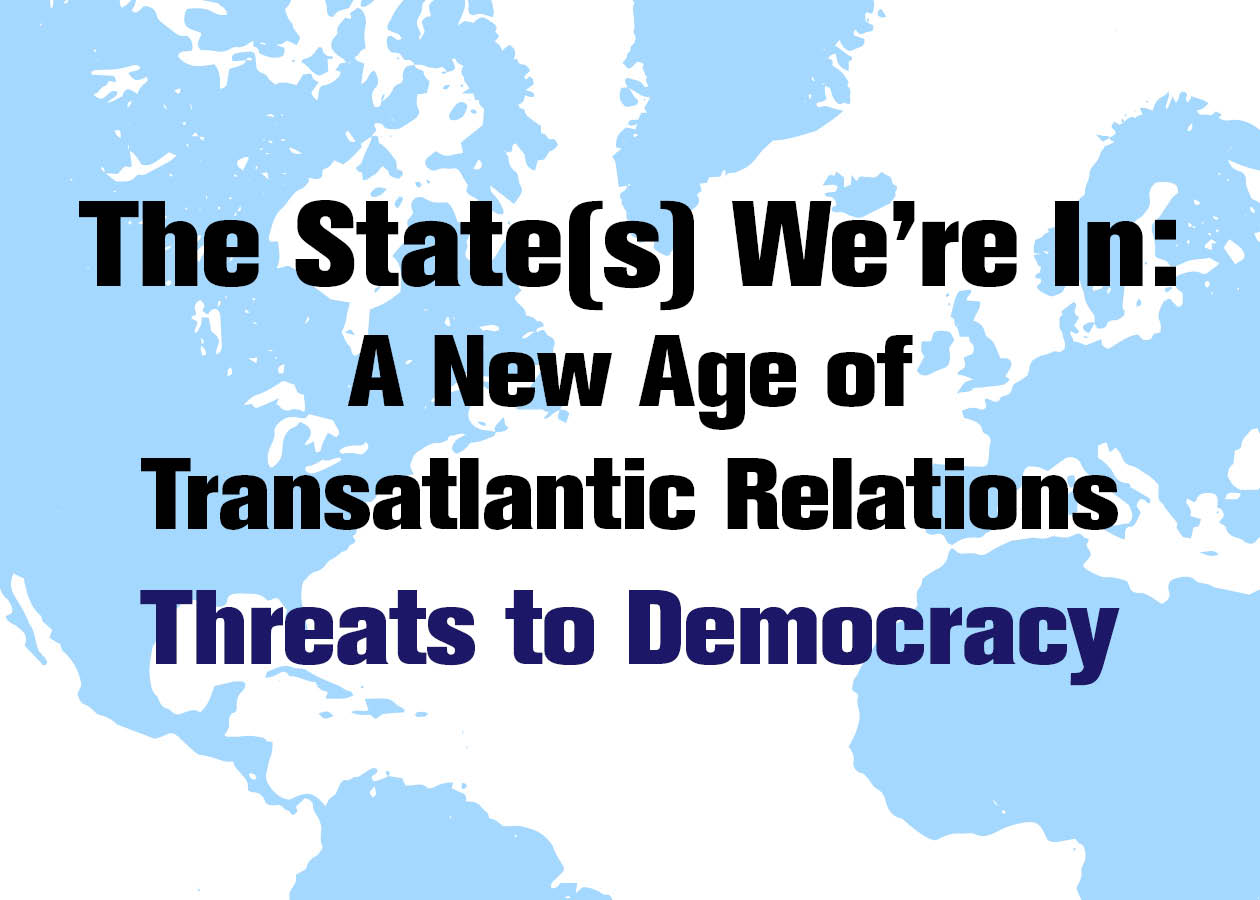 When Francis Fukuyama wrote about “the end of history” after the fall of the Berlin Wall and the end of the Cold War, he contended that Western liberal democracy is the “final form of human government.” Yet by all accounts, the past few years have witnessed a global backlash against liberal democracy. Most alarmingly, Western liberal democracies are facing threats from within. In formerly communist countries in Eastern Europe such as Poland and Hungary, the current administrations have ridden a wave of populist support and used their power to undermine basic tenets of liberal democracy. To the south, Turkey has slid towards authoritarianism as the free press and political opposition are stifled. Yet even in Western Europe, once considered the stronghold of liberal democracy, recent elections in the Netherlands, France, Austria, and Italy have demonstrated growing support for right-wing populist parties. In Germany, the far-right Alternative for Germany now occupies 92 seats in the Bundestag, making them the third largest party and the primary voice of opposition. And on the other side of the Atlantic, the current U.S. administration is violating long-held norms, revealing just how fragile democracy is.

As we enter this new chapter in history, it is necessary to pause and reflect on the causes of these developments. What underlying factors have precipitated these developments in the past two years? To what extent are the former governments of liberal democratic countries responsible for the current backlash? Looking forward, what consequences will these anti-democratic domestic developments have for international institutions and cooperation, particularly the transatlantic relationship? And what, if anything, can concerned individuals do to prevent the further erosion of democracy?

To help answer these questions and gain a better understanding of the upheavals we are currently witnessing, Deutsches Haus at NYU has invited three esteemed guests who will offer U.S. and German perspectives on the ways in which democracy is under threat. Yascha Mounk, Lecturer on Political Theory at Harvard and the author of the critically acclaimed The People vs. Democracy: Why Our Freedom is in Danger and How to Save It, will join Christine Landfried, Senior Fellow at the Hertie School of Governance in Berlin, in a conversation moderated by Christian Martin, the Max Weber Chair in German and European Studies at New York University.

This discussion will be the first event of The State(s) We're In: A New Age of Transatlantic Relations, a series of six talks presented by Deutsches Haus at NYU that will address an array of pressing issues: threats to democracy; economic inequality and populism; migration and art; civil society and political engagement; climate change and activism; and educational policy and academic freedom.

Yascha Mounk's The People vs. Democracy: Why Our Freedom is in Danger and How to Save It will be on sale at the event.

Yascha Mounk is a writer, academic, and public speaker known for his work on the rise of populism and the crisis of liberal democracy. Born in Germany to Polish parents, Yascha received his BA in History from Trinity College, Cambridge, and his PhD in Government from Harvard University. He is now a Lecturer on Government at Harvard University, a Senior Fellow in the Political Reform Program at New America, and Executive Director at the Tony Blair Institute for Global Change. Yascha has written three books: Stranger in My Own Country - A Jewish Family in Modern Germany, a memoir about Germany’s fraught attempts to deal with its past; The Age of Responsibility – Luck, Choice and the Welfare State, which argues that a growing obsession with the concept of individual responsibility has transformed western welfare states; and The People versus Democracy: Why Our Freedom Is in Danger and How to Save It, which explains the causes of the populist rise and investigates how to renew liberal democracy. Furthermore, Yascha is the host of The Good Fight podcast and a frequent keynote speaker at high-profile events like the Aspen Ideas Festival and the Milken Global Conference and regularly briefs organizations like the State Department and the World Bank. Fluent in English, German, French and Italian, he provides commentary for leading radio and television programs around the world.

Christine Landfried is Professor emerita of Political Science at the University of Hamburg and Senior Fellow at the Hertie School of Governance. From 2014 until 2016, she held the Max Weber Chair at NYU, and for the academic year 2016 to 2017 she was Senior Emile Noël Fellow at NYU School of Law.  Since 2016, she has chaired the Advisory Board of the Social Science Research Centre Berlin (WZB).  She has taught at Sciences Po, the University of California at Berkeley, and at Yale Law School. She analyses the political role of constitutional courts, the impact of campaign finance on democratic governance and the process of European integration. With her work on the European Union she aims at exploring the conditions that allow to enhance the potential of cultural, economic, and political difference for governance beyond the nation state.

Christian Martin is a professor of political science at the University of Kiel, Germany. He currently holds the Max Weber Chair in German and European Studies at New York University. He has studied political science at the University of Konstanz and holds a doctorate from there (2002). Martin was a post-doctoral researcher at the University of Konstanz and at the Max-Planck-Institute in Jena (2003-2004). He was an assistant professor at the University of Hamburg (2004-2008) and a Visiting Assistant Professor at Northwestern University (2008-2011). He has published on the effects of globalization for electoral participation, on the incentive to adopt more proportional voting systems in a highly globalized environment, and, most recently, on the substitution of policy instruments in processes of international policy diffusion. His current research project is on backlashes against globalization and EU integration. His research interests focus on the political conditions and consequences of globalization and regional integration.