The New York University Department of German, with the support of Deutsches Haus at NYU, will proudly present the 2019 Ulfers Foundation Award to Dr. Barton Byg, the founding director of the DEFA Film Library and Professor Emeritus of German and Film Studies at the University of Massachusetts Amherst.

Barton Byg is Professor Emeritus at the University of Massachusetts Amherst. He retired in 2018 as Professor in German and Scandinavian Studies, associate faculty in Comparative Literature and Communication, and a founding faculty member of the Interdepartmental Program in Film Studies. Principal areas of research and teaching include the work of filmmakers Danièle Huillet and Jean-Marie Straub, GDR cinema and culture, Brecht and cinema, documentary, culture of the Cold War, memory culture, landscape and film, color and film. As Founding Director of The DEFA Film Library at UMass Amherst, the only archive and study center outside Europe devoted to the cinema of the German Democratic Republic and related subjects, Byg was awarded the Order of Merit of the Federal Republic of Germany in April, 2017. 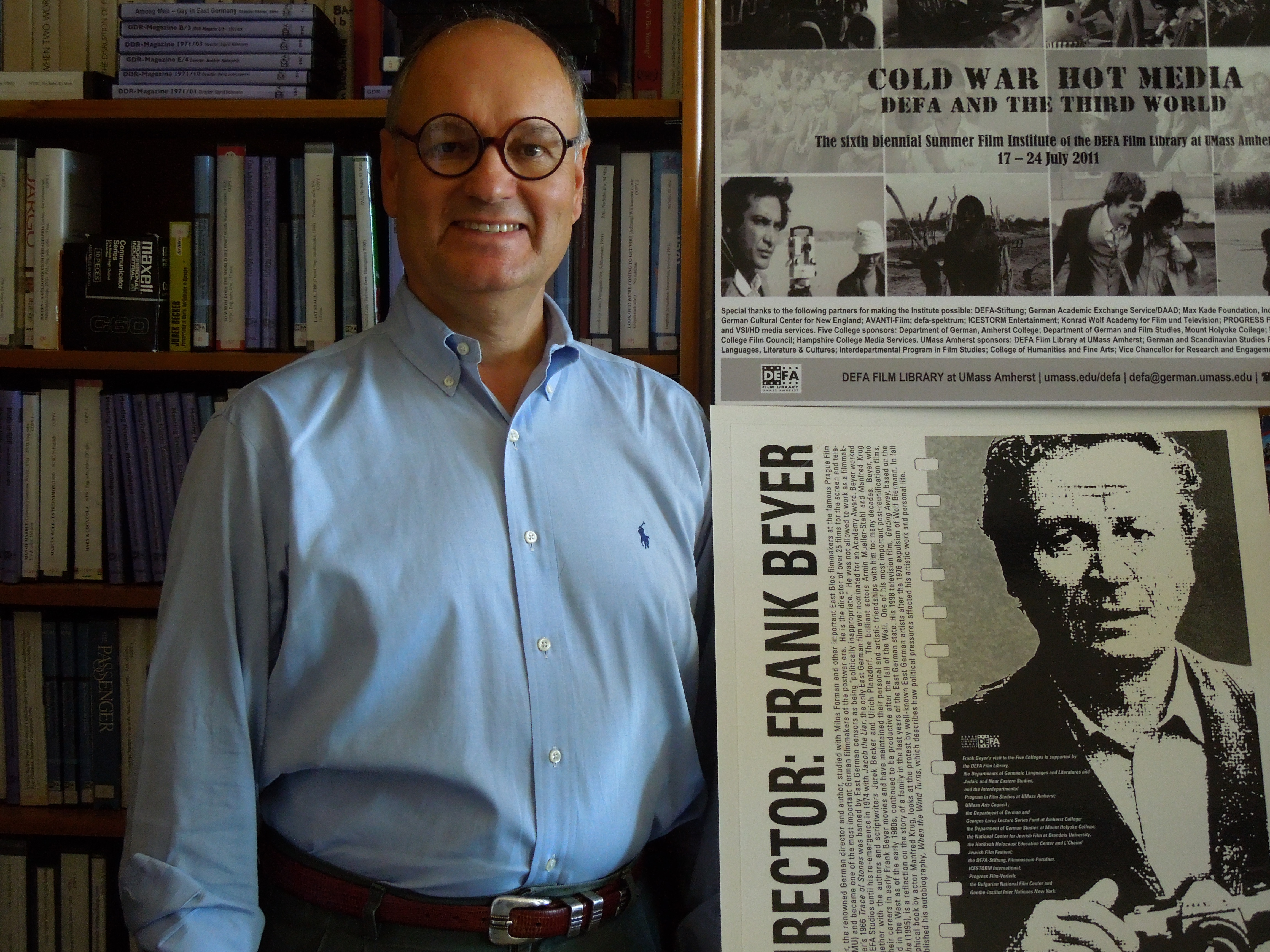 The 2019 Ulfers Foundation Award Ceremony will feature a screening of Jürgen Böttcher’s short film SHUNTERS and a conversation between the awardee and Thomas Elsaesser (Professor Emeritus, University of Amsterdam) in honor of Barton Byg’s extraordinary contributions to promoting and highlighting German history and culture. His work with the DEFA Film Library has fostered transatlantic recognition and scholarly understanding of filmmaking in the GDR. This dialogue will engage Byg and Elsaesser’s respective experiences with and perspectives on German film and the GDR 30 years after the fall of the Berlin Wall.

Thomas Elsaesser is Professor Emeritus at the Department of Media and Culture, University of Amsterdam, and since 2013 teaches part-time at Columbia University, New York. Among his books are German Cinema - Terror and Trauma: Cultural Memory Since 1945 (2013); Film Theory – An Introduction through the Senses (with Malte Hagener, 2nd revised edition, 2015); Film History as Media Archaeology (2016); and European Cinema and Continental Philosophy: Film as Thought Experiment (London: Bloomsbury, 2018). He is also the writer-director of The Sun Island (2017), a documentary essay film produced for German television ZDF/3Sat and shown at Deutsche Haus NYU (https://sunislandfilm.com/).

Additional remarks will be made by:

The Ulfers Foundation Award is presented by the New York University Department of German in recognition of an individual whose achievements have served to promote and highlight German culture and history. This award is endowed with a $5000 grant. This is the second time the award is being presented. In 2018 the Ulfers Foundation Award was given to Margarethe von Trotta.

Friedrich Ulfers is Associate Professor of German at New York University. In the past he also served as Assistant Dean of the College of Arts and Science, the German Department’s Director of Undergraduate Studies, Dean of the NYU in Berlin Summer Program and Director of Deutsches Haus at NYU. He teaches courses in German and Comparative Literature that engage a range of interests, including literary theory, continental philosophy, and the relationships between science, literature, and philosophy.

This event is supported by the DAAD and hosted by the Department of German and Deutsches Haus at NYU.