The Wisdom of Centenarians: A Conversation Among Klaus Brinkbäumer, Samiha Shafy & Ursula Staudinger

Deutsches Haus at NYU presents a reading of “How to Live Smartly, Joyfully, Healthily, Exuberantly, Happily – and very Long. The Wisdom of Centenarians: A World Tour,” and a conversation (held in English) among Klaus Brinkbäumer, former editor-in-chief of Der Spiegel, Samiha Shafy, foreign correspondent of Der Spiegel, and the renowned psychologist and aging researcher Ursula M. Staudinger. The discussion will revolve around the age-old question of how to achieve a long, healthy and happy life and highlight the lived experience and advice of the centenarians that the authors met all over the world.

Composite image depicting the centenarians that Klaus Brinkbäumer and Samiha Shafy interviewed for their book. 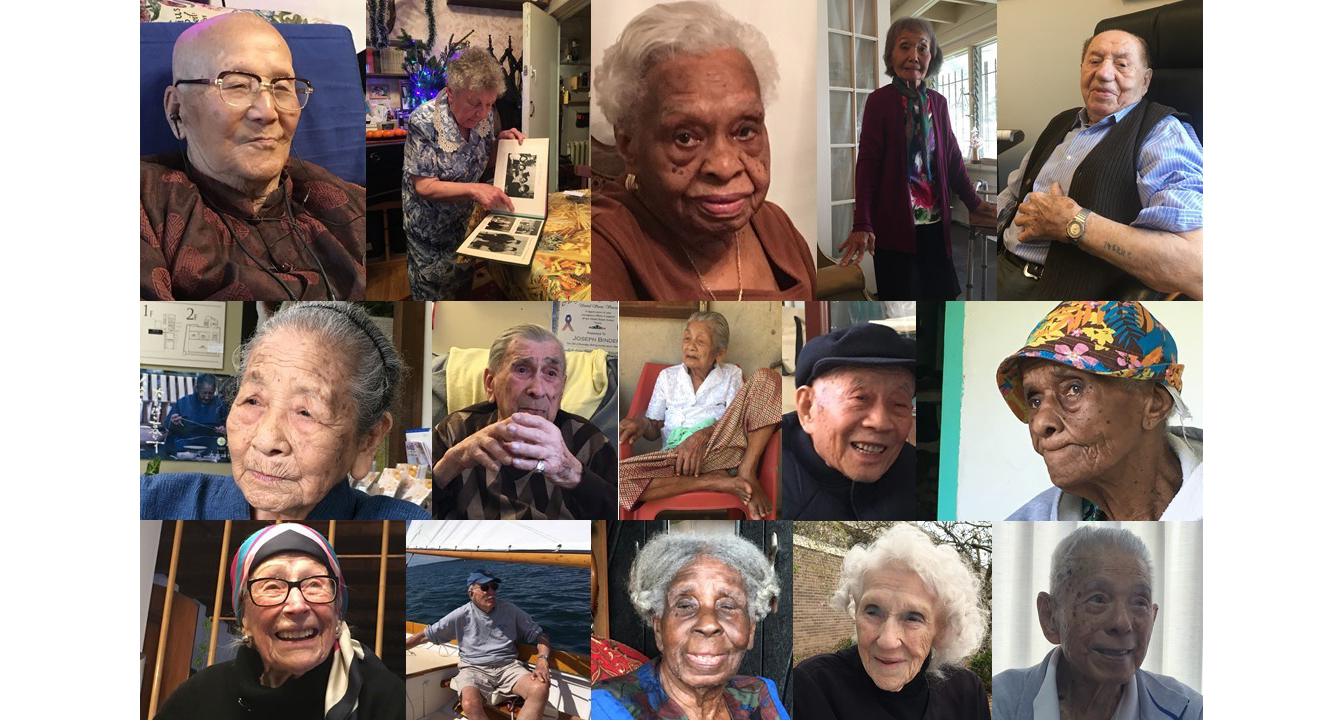 These are the big questions: How can you lead a fulfilled life? What aspects of our life can we control – and how? What, when all is said and done, are people who have grown very old proud of? And what fills them with regret? How do relationships shape our lives, what influence do culture and diet, exercise, genes, and education and affluence have? Klaus Brinkbäumer and Samiha Shafy travelled to Sardinia, Okinawa (Japan), and Loma Linda (California) to find out why so many more people in these places live a whole lot longer than everybody else. Their journey then took them across Europe and beyond, to Russia, China, Thailand, Hawaii, African islands and the US East Coast. How can you lead a fulfilled life? Turns out scientists have some ideas, but the truly interesting answers are coming from the centenarians themselves.

Klaus Brinkbäumer, born in 1967, is a journalist, TV presenter, and author. He studied at the University of California Santa Barbara and started his journalistic career at Munich’s Abendzeitung. For 25 years, he worked for Der Spiegel as a reporter, author of numerous cover stories, and its America correspondent (2007-2011). During this period, he was regularly interviewed in the US media. He became the magazine’s deputy editor-in-chief in 2011 and editor-in-chief in 2015. Brinkbäumer has been awarded numerous journalistic prizes, including the Egon Erwin Kirsch Prize, the Nannen Prize and the German Reporter Prize, and was named editor-in-chief of the year in 2016. Since April 2019, he has been writing for the weekly newspaper Die Zeit and working on documentary films.

Samiha Shafy, born in 1979, studied environmental sciences at the Eidgenössische Technische Hochschule (ETH) in Zurich and Lausanne. She worked for the Tages-Anzeiger, the Neue Zürcher Zeitung, and Vanity Fair before joining Der Spiegel as a science editor in 2007. In 2011-12 she was a Nieman Fellow at Harvard University, and in 2013, she became a foreign correspondent for Der Spiegel, where she writes about geopolitics and climate change.

Ursula M. Staudinger (moderator) is a German psychologist and aging researcher. She is Professor of Sociomedical Sciences and Professor of Psychology at the Robert N. Butler Columbia Aging Center at Columbia University. Between 2013 and 2017 she was the founding director of the Robert N. Butler Columbia Aging Center and President of the affiliated International Longevity Center USA. Ursula M. Staudinger is known for her work on the positive plasticity of aging (cognition, personality) as well as her research on resilience and on wisdom. Recently she has conducted groundbreaking studies to better understand the cumulative effects of work on cognitive aging.

“The Wisdom of Centenarians: A Conversation Among Klaus Brinkbäumer, Samiha Shafy and Ursula Staudinger” is a DAAD-supported event.