Memories Are Made of This: 30 Years after the Fall of the Berlin Wall 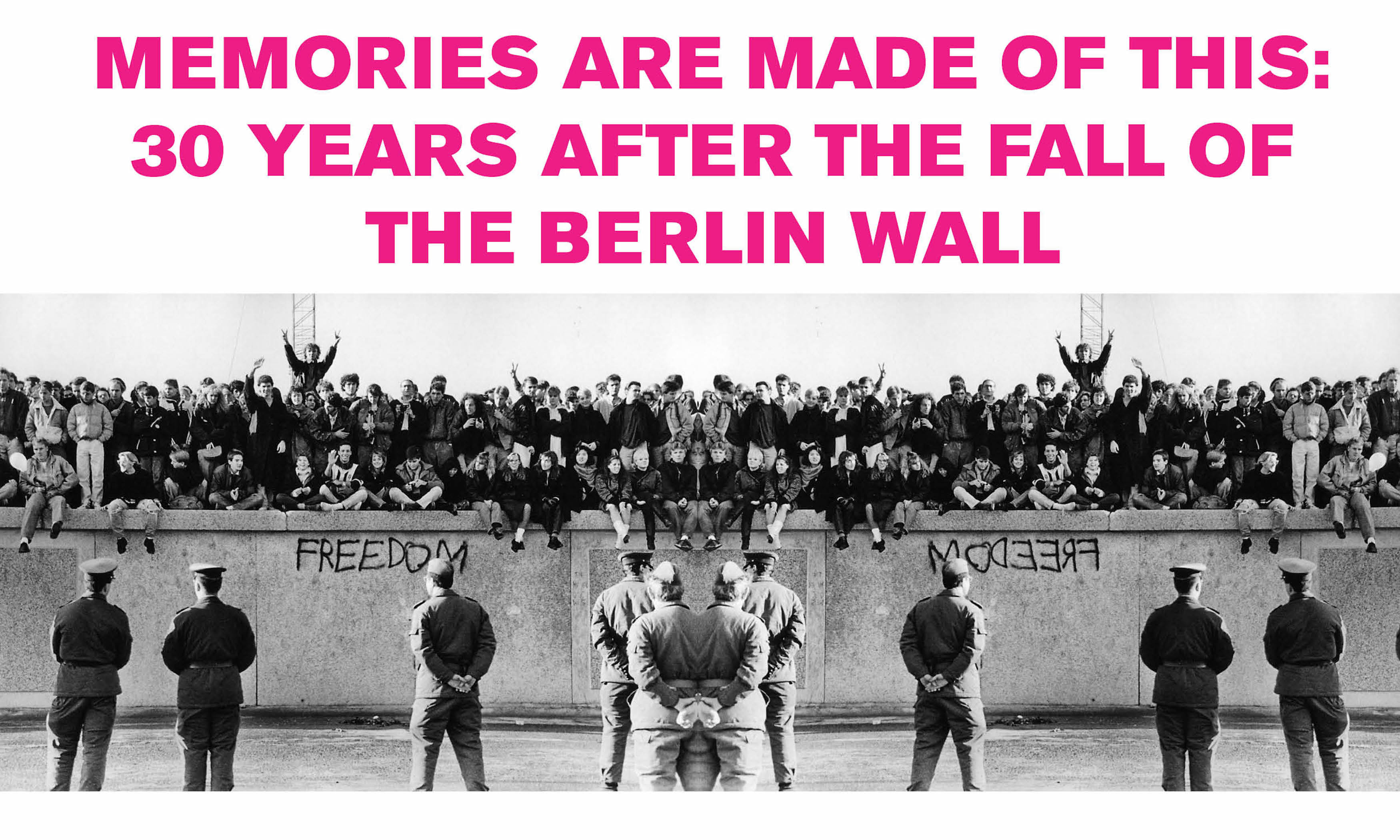 This November, Germany and the world will celebrate the 30-year anniversary of the fall of the Berlin Wall – a world event, which continues to shape our contemporary political, cultural, and economic reality. In “Memories Are Made of This: 30 Years after the Fall of the Berlin Wall” Deutsches Haus at NYU and NYU’s Center for European and Mediterranean Studies will bring together thinkers, writers, political scientists, artists, and filmmakers for an in-depth look at the repercussions of this momentous occasion and the different realities we inhabit today. With the polarization of public opinion, a fracturing of historical memory and national identity, and an increasingly fraught political climate marked by the rebirth of nationalism and rise of far-right populist parties, how do we (re)assess the last three decades and where do we go from here?

Thursday, November 7, at 6 pm:
"30 Years after the Fall of the Berlin Wall: A Tale of Two Germanies"

Deutsches Haus at NYU and NYU’s Center for European and Mediterranean Studies present a keynote address by DAAD Visiting Scholar at Deutsches Haus at NYU Christiane Lemke (Leibniz Universität Hannover) who will analyze and reflect on the current state of German politics and how the historical narrative of what happened on November 9, 1989, and the perception of the aftermath of this event have transformed over the last 30 years.

Friday, November 8, at 4 pm:
"This Used to be the Future: Politics and Remembrance"

Deutsches Haus at NYU and NYU’s Center for European and Mediterranean Studies present a panel discussion among Jonathan Bach (The New School), Sheri Berman (Barnard College), Omar G. Encarnación (Bard College), Christiane Lemke (Leibniz Universität Hannover), Yascha Mounk (Johns Hopkins University), and Hadas Aron (NYU) as moderator. The panelists will examine and assess the complex interconnectedness of politics and memory in the wake of the fall of the Berlin Wall and how this manifests itself in current political developments on both sides of the Atlantic and elsewhere.

Deutsches Haus at NYU and NYU’s Center for European and Mediterranean Studies present a panel discussion among Carol Kahn Strauss, former International Director of the Leo Baeck Institute; artists Petra Senn and Cornelia Thomsen; and DAAD Visiting Scholar at Deutsches Haus at NYU Angela Zumpe. The conversation will be moderated by Mechthild Schmidt Feist (NYU). The panelists will discuss how the momentous events of November 9, 1989, shaped their professional, artistic, and personal trajectories and whether the lessons they incorporated into their lives hold true today.

Deutsches Haus at NYU presents “The Fall of the Berlin Wall. Pictures and Imaginations, Berlin, Nov. 1989,” an exhibition of works by the artist Petra Senn. 30 years have passed since the fall of the Berlin Wall. What has remained? What images, what emotions come to mind? Did we learn from it? And if so, what? Aside from the general media spectacle and flood of images that were born of this event, the individual memories have diminished and possibly faded. Petra Senn reflects on the historic event and reappraises it artistically and conceptually. The focus here is less on the image as such, but instead increasingly on the process of memory, and on the appeal to the emotional memory of each individual viewer.

Events at Deutsches Haus at NYU are free and open to the public. If you would like to attend any of these above-mentioned conference events, please send an email to deutscheshaus.rsvp@nyu.edu and indicate which of the individual conference events you would like to attend. As space at Deutsches Haus is limited, please arrive ten minutes prior to the event to ensure you get a good seat. Thank you!