30 Years on: Achievements & Challenges since the Peaceful Revolution and the Fall of the Berlin Wall 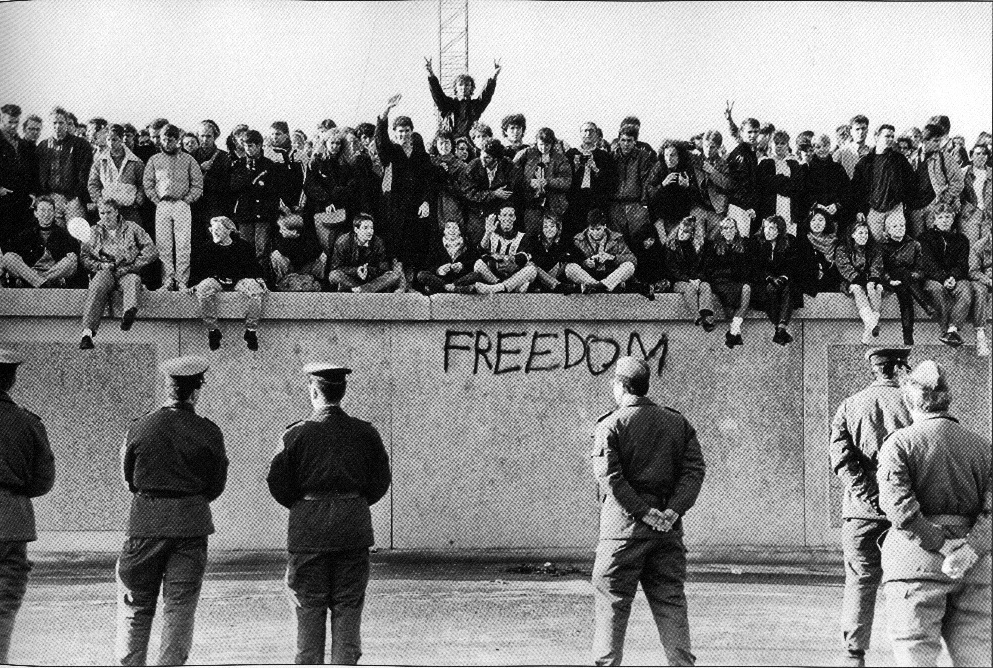 Almost all those who are old enough still remember the day when the Berlin Wall fell. The 9th of November 1989 marks a world-renowned date and the event became a symbol, not only for overcoming the German division, but also for bringing about the fall of the Iron Curtain as well as the end of communist rule in middle and Eastern Europe. However, it wasn’t the fall of the Wall that liberated the people. It was rather the people living in the GDR that were able to break the power of the Socialist Unity Party through a peaceful revolution. The peak of it was the 9th of October 1989, when a mass protest against the Socialist Unity Party of Germany took place in Leipzig. Without this revolution neither the fall of the Berlin Wall nor German unity would have been possible.
The situation was similar in Poland, Hungary, Czechoslovakia and the Baltic States: The year 1989 stands for the freedom revolutions in the Eastern Bloc, and because of them a new chapter in the book of European history began.
Today, Europe, the great hope of the turn of the millennium, is often the subject of anxious analysis and commentary. As in other countries of the world, nationalist tendencies intensify, minorities are ignored, or the free press defamed. Our open societies seem to be on the defensive.
This is also the case in Germany. The AfD (Alternative für Deutschland), which is particularly successful in East Germany, shamelessly exploits people's concerns in order to gain influence and to win votes. Instead of making constructive suggestions, they operate political business through fear.
The younger generation will have to bear a lot of responsibility and face many challenges as world citizens. There will be setbacks, which require encouragement and moral support. The reflection of our history and especially the history of the freedom movements can not only help the 20th century, but can also strengthen future generations by allowing them to see themselves in the traditions of those who were fighting for freedom and democracy.

Marianne Birthler, politician and former federal parliamentarian for the Alliance ‘90/the Greens, was the Federal Commissioner for the Stasi Archives from 2000 to 2011. Through her position, Marianne Birthler helped the federal government investigate the past crimes of the former East German secret police. After her service with the federal agency, she moved to the United States and worked as a visiting scholar for the Woodrow Wilson Center’s History and Public Policy Program.
Throughout the 90’s, Marianne Birthler played an important role with the Alliance ‘90/ The Greens. From March to Oct. 1990 she was a Member of the Volkskammer (Peoples Assembly) and from 1990 to 1992 she served as Minister of Youth, Education and Sport in the state of Brandenburg. From 1993 to 1994 she was co-chairperson of her party, and afterwards she became the head of their Berlin office from 1995 to 2000. Marianne Birthler was born in the Friedrichshain district of Berlin and spent her childhood in East Germany. She played an active role in the youth-driven civil society movement that eventually led to the fall of the Berlin Wall: Between 1985 and 1989, Marianne Birthler was a member of the Working Committee for Church Solidarity and the Initiative for Peace and Human Rights.

David Gill (@germanyny) grew up in a rectory in Herrnhut in the eastern part of Saxony, in the former German Democratic Republic. He was denied attendance and completion of a public school and subsequently studied at a public university on the basis of political reasons. After an apprenticeship to become a plumber, he first underwent theological training and eventually attended a theological seminary of the Protestant Church in Berlin-Brandenburg. In 1990, he initially was Chairman of Normannenstrasse Citizens’ Committee at the headquarters of the Ministry of State Security (Stasi) and then Head of Administration, Parliamentary Special Committee for the dissolution of the GDR Ministry of State Security/Office of National Security. He was Spokesman and Head of Division of the Federal Commissioner for the Files of the State Security Service of the former GDR before studying law, amongst others in Philadelphia. After holding positions with the Federal Ministry of the Interior and with the Office of the Commissioner for Data Protection and Freedom of Information in Berlin, he was for eight years the Deputy Representative of the Council of the Protestant Church in Germany (EKD) to the Federal Republic of Germany and the European Union. During the term of Joachim Gauck, President of Germany from 2012 to 2017, he was State Secretary and Head of the Office of the Federal President. Since August 2017, he is the German Consul General in New York.

“30 Years on: Achievements and Challenges since the Peaceful Revolution and the Fall of the Berlin Wall. A Public Lecture by Marianne Birthler” is a project of the Year of German-American Friendship 2018/2019, a comprehensive and collaborative initiative funded by the German Federal Foreign Office, implemented by the Goethe-Institut, and with support from the Federation of German Industries (BDI). For more information on the initiative and the more than 1,000 projects that will take place during 2019, visit www.wunderbartogether.org. Additional support is provided by the Consulate General of the Federal Republic of Germany in New York.