The State(s) We're In: A New Age of Transatlantic Relations – Economic Inequality and Populism 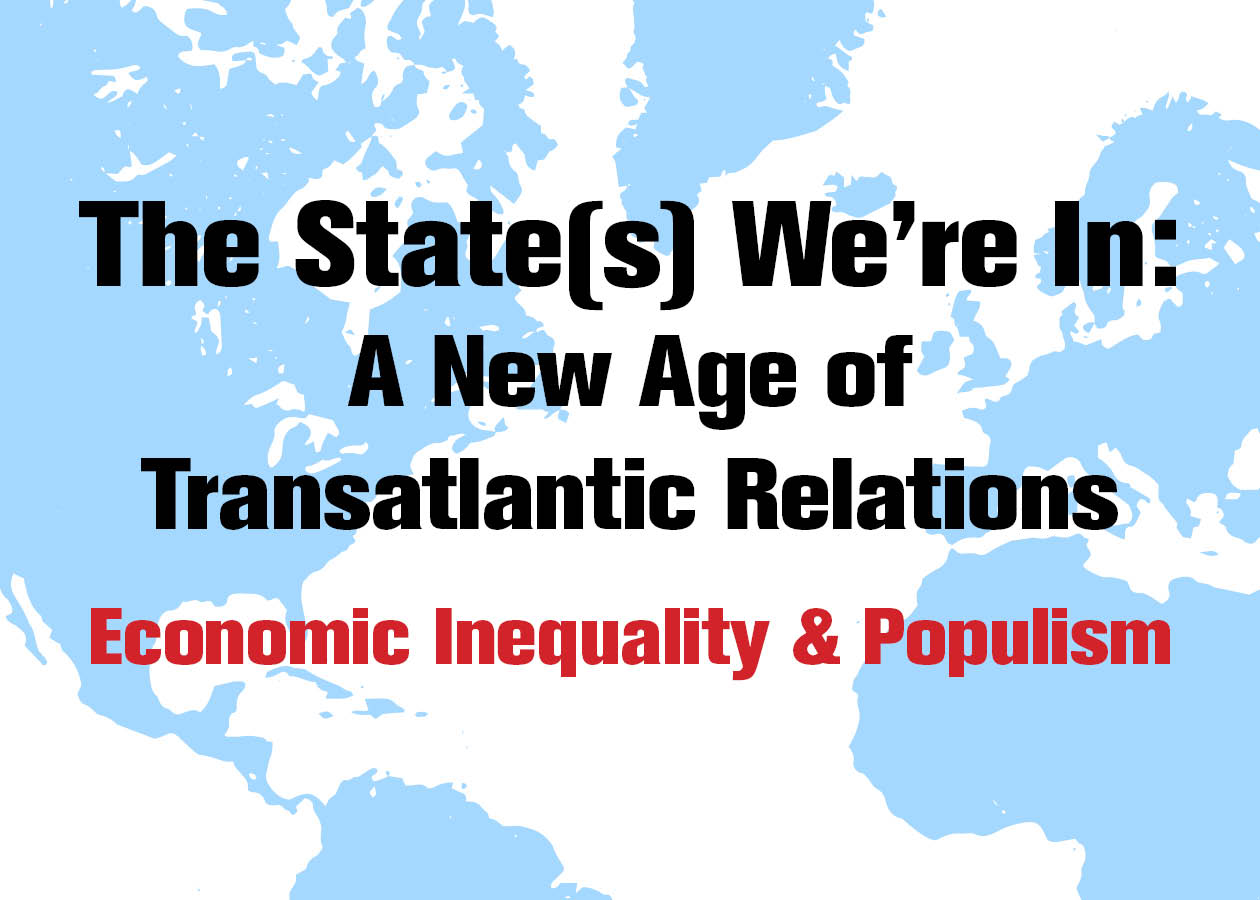 What makes populism attractive? Why do people believe it will improve their lives? Will it? Or will some types and not others?  This panel looks at populism in Western and Eastern Europe and the U.S. to understand the role that economics, race, and religion play.  With this international comparison, we hope to get closer to the root of why populism "works" and so, how to address it.

Torsten Meireis is Professor of Systematic Theology at Humboldt University-Berlin with a focus on ethics and hermeneutics and is co-founder and director of the Berlin Institute for Public Theology.  His research interests include political ethics, ethics and sustainability, and economics and ethics. His most recent publications are Religion and Democracy: Studies in Public Theology, which he co-edited with Rolf Schieder, and Digitalization and the Economy. From 2010-2016 he held the chair for Systematic Theology and Ethics at the Theology Faculty at the University of Bern.

Michael Minkenberg is Professor of Comparative Politics at European University Viadrina. From 2007-10, he held the Max Weber Chair for German and European Studies at NYU. He has taught at the universities of Göttingen, Heidelberg, Cornell University, and Columbia University.  His research interests include the radical right in liberal democracies, the relationship between religion and politics in Western societies, and politics and architecture in capital cities. He recently published The Radical Right in Eastern Europe: Democracy under Siege?

Marcia Pally teaches at New York University, at Fordham University, and is a regular guest professor at Humboldt University’s Theology Faculty. Her most recent books are Commonwealth and Covenant: Economics, Politics, and Theologies of Relationality and The New Evangelicals: Expanding the Vision of the Common Good. Commonwealth and Covenant has been selected by the United Nations Committee on Education for Justice “to be distributed in their materials to “educators, academics, policy-makers... throughout the world” and it was nominated for a Grawemeyer Award in religion. Professor Pally was twice a Fellow at the Institute for Advanced Study-Berlin  and spoke at the World Economic Forum in 2010.

Charles Postel is Professor of History at San Francisco State University with a research focus on social movements and politics in the United States, especially the ideas that have inspired radical protest and reform. His 2007 The Populist Vision is a history of the populist movement of the 1890s, and he is currently working on a history of social mobilizations of farmers, workers, women, and other activists in post-Civil War America.

"The State(s) We're In: A New Age of Transatlantic Relations. Economic Inequality and Populism" is supported by the Transatlantic Program of the Federal Republic of Germany with funds from the European Recovery Program (ERP) of the Federal Ministry for Economy and Energy (BMWi). Additional support is provided by the DAAD.