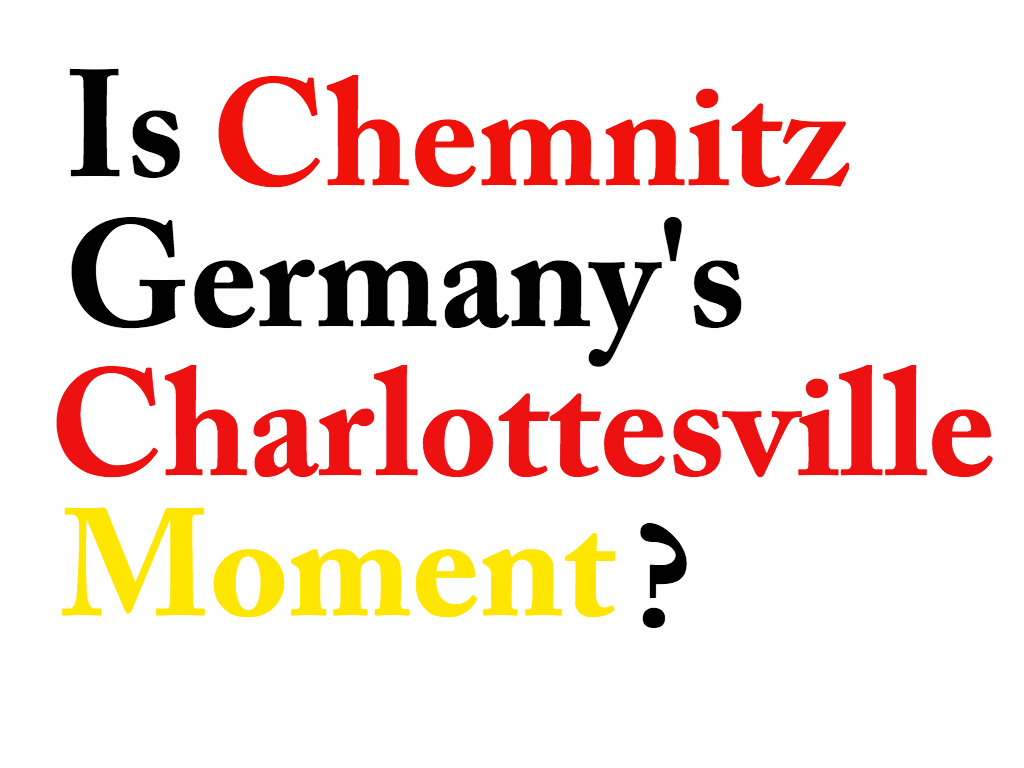 Deutsches Haus at NYU, the American Council on Germany, and NYU’s Center for European and Mediterranean Studies present a conversation with David Gill, Consul General of the Federal Republic of Germany in New York; Çiğdem İpek, Social Scientist, Berlin; and Dr. Christian Martin, Max Weber Chair in German and European Studies at the Center for European and Mediterranean Studies at NYU, on “Is Chemnitz Germany’s Charlottesville Moment?” The event will be moderated by Dr. Steven E. Sokol, President of the American Council on Germany. This conversation will focus on the events in Chemnitz (and Koethen) and evaluate how they relate to the larger political picture and what their future repercussions might be on a national and international level.

David Gill (@germanyny) grew up in a rectory in Herrnhut in the eastern part of Saxony, in the former German Democratic Republic. He was denied attendance and completion of a public school and subsequently studied at a public university on the basis of political reasons. After an apprenticeship to become a plumber, he first underwent theological training and eventually attended a theological seminary of the Protestant Church in Berlin-Brandenburg. In 1990, he initially was Chairman of Normannenstrasse Citizens’ Committee at the headquarters of the Ministry of State Security (Stasi) and then Head of Administration, Parliamentary Special Committee for the dissolution of the GDR Ministry of State Security/Office of National Security. He was Spokesman and Head of Division of the Federal Commissioner for the Files of the State Security Service of the former GDR before studying law, amongst others in Philadelphia. After holding positions with the Federal Ministry of the Interior and with the Office of the Commissioner for Data Protection and Freedom of Information in Berlin, he was for eight years the Deputy Representative of the Council of the Protestant Church in Germany (EKD) to the Federal Republic of Germany and the European Union. During the term of Joachim Gauck, President of Germany from 2012 to 2017, he was State Secretary and Head of the Office of the Federal President. Since August 2017, he is the German Consul General in New York.

Çiğdem İpek is a Berliner of Turkish descent. She holds a degree in social sciences from the Humboldt-Universität zu Berlin and studied abroad at the New School for Social Research in New York City. Her areas of interest include migration, integration, and identity, as well as education and employment policies. Her professional experience was shaped by a range of diverse employers: the Berlin Senate and the Humboldt-Universität zu Berlin, in addition to NGOs and freelance projects. Today, she is a staff member of the Chancellery and serves as a desk officer at the Office of the Federal Government Commissioner for Migration, Refugees, and Integration.

Dr. Christian Martin (@chwmartin) is a Professor of Political Science at the University of Kiel, Germany. He currently holds the Max Weber Chair in German and European Studies at New York University. He has studied political science at the University of Konstanz and holds a doctorate from there (2002). Dr. Martin was a postdoctoral researcher at the University of Konstanz and at the Max-Planck-Institute in Jena (2003-2004). He was an Assistant Professor at the University of Hamburg (2004-2008) and a Visiting Assistant Professor at Northwestern University (2008-2011). Dr. Martin’s research interests focus on the political conditions and consequences of globalization and regional integration. He has published on the effects of globalization for electoral participation and on the incentive to adopt more proportional voting systems in a highly globalized environment. His current research project is on backlashes against globalization and EU integration. Most recently, Dr. Martin has written on voter turnout and the rise of the far-right Alternative for Germany (AfD) as well as on the electoral fate of the German Social Democrats.

Dr. Steven E. Sokol holds a Doctorate in Law and Policy from Northeastern University as well as an M.A. in International Relations and International Economics from the Johns Hopkins University’s Paul Nitze School of Advanced International Studies (SAIS) and a B.A. from Wesleyan University. He has also studied at the Ruprecht-Karls-Universität in Heidelberg and as a Fulbright Scholar at the Freie Universität in Berlin. Dr. Steven E. Sokol became President of the American Council on Germany on May 1, 2015. He served as President and CEO of the World Affairs Council of Pittsburgh from July 2010 until April 2015. Prior to that, he was the Vice President and Director of Programs at the American Council on Germany for nearly eight years. In addition to his work at the ACG, in 2003, he launched the Political Salon, a forum that regularly convenes younger and mid-career professionals in New York City to discuss pressing foreign policy issues and global concerns.

Events at Deutsches Haus are free and open to the public. Please RSVP (acceptances only) to the American Council on Germany at 212-826-3636 or events@acgusa.org in order to attend.

As space at Deutsches Haus is limited, please arrive ten minutes prior to the event to ensure you get a good seat. Thank you!

“Is Chemnitz Germany’s Charlottesville Moment?” is a DAAD-sponsored event.