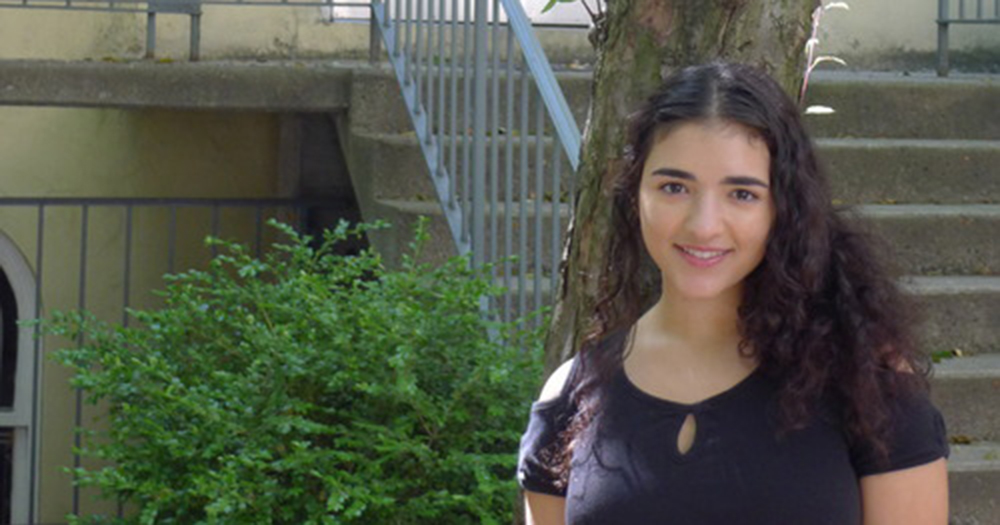 Hello! My name is Theresa and I’m the 2014 Summer Language Program intern. I’m a junior at NYU studying Art History and German Language and Literature. I’m from the New York City area, though I spent the last two years (my freshman and sophomore years of college) in the Berkshires of Western Massachusetts.

I started speaking German mostly by chance: I’d taken Spanish in high school and at my former college continued with that; unhappy with the professor, I switched to German after the first week. Since then, it has been a joy to immerse myself in German language and culture, familiarizing myself especially with the literary canon. I’m quite pleased with the happy accident of haven taken up German, especially in conjunction with my Art History major: in the seminars, where we discuss works and movements in more depth, there is a large focus on German writers and thinkers.

I have not yet had the chance to travel to Germany - though I once spent three weeks in Vienna - but am looking forward to spending my final semester as an undergrad at NYU Berlin. Interning at Deutsches Haus offers me an opportunity to familiarize myself better with everyday conversational German as well as German culture before studying abroad. I’m looking forward to my stay here!