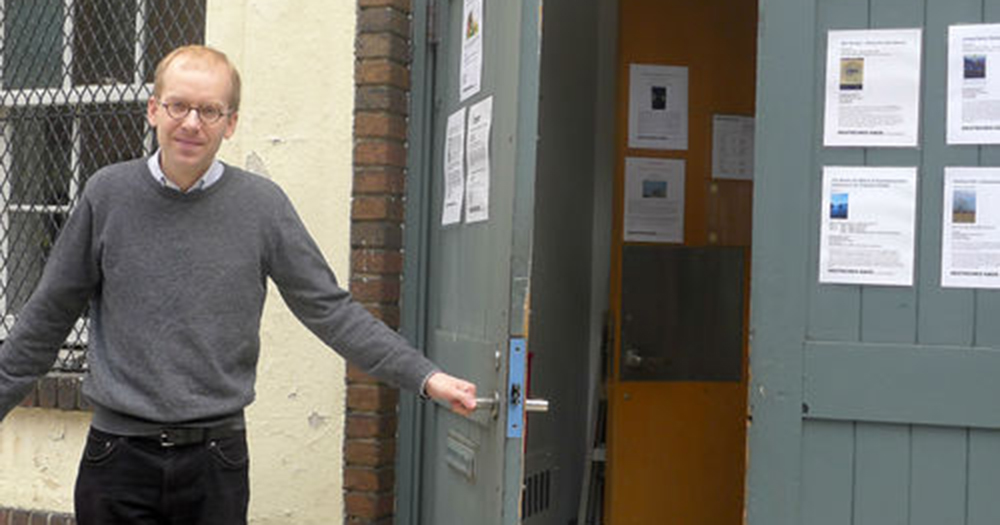 1. You have been the director of Deutsches Haus at NYU for almost 2 years now. What do you like most about your job?

That it never lets me rest or become lazy. Every day brings new challenges, new ideas, and, of course, new people. For me this job has been a continuous learning process. It has never let me rely on what I thought I already knew.

2. What would you say are the biggest challenges in running Deutsches Haus?

We are a relatively small place, but with activities in many different areas. On some days, you enter Deutsches Haus and find it busy like a beehive: little kids running around with their parents, next to distinguished professors, next to colorful artists or writers, next to language students of all levels practicing their German, next to visitors to our numerous events, next to our dedicated teachers and staff. All these people rightfully feel that Deutsches Haus in one way or another belongs to them. The true challenge is to make them all feel equally at home.

3. What was the worst day at Deutsches Haus so far and why?

That was certainly the day after hurricane Sandy. Deutsches Haus only suffered minor damage, and, like the rest of NYU, had to close down for the entire week due to the lack of electricity. But what was truly awful was not being able to establish immediate contact with all our staff members. Fortunately we found out soon that everybody was safe.

4. What are the biggest prejudices New Yorkers have towards the German language and how do you try to reduce them?

My answer might surprise you: I don’t try to reduce prejudices. I try to use them as a starting point for getting people interested and maybe transform their prejudices into something positive. For example, New Yorkers are convinced that German is the most difficult language in the world, with grammar rules as fierce as a Prussian military regiment. At the same time New Yorkers are very proud of their ability to overcome almost any challenge. So we tell New Yorkers: If you learn German with us, you will achieve something extraordinary which you can be proud of. And if in the course of their studies, New Yorkers end up finding the German language as charming as a Viennese waltz or as beautiful as a late summer day in Berlin: even better!

5. You have been living in New York for several years now. Why did you decide to live and work in New York?

My wife and I decided we wanted to live in New York because it would provide us both with the opportunity to feel at home here and work on our careers. Also, we were and still are attracted by the myth of a city that can be tough at times but will always offer a place to those who truly want it.

6. Is there anything that you miss about Austria?

I miss Vienna, but the truth is that you can find everything here, from coffee houses to the food of my childhood. Of course, I miss my parents, relatives, and friends.

7. Before starting your work as the director of Deutsches Haus you were the Deputy Director of the Austrian Cultural Forum (ACF) in New York City. What is the biggest difference between that institution and Deutsches Haus?

I loved working at the ACF and I continue to work with it very closely. The fundamental difference is that whereas the ACF is run by and reports to the Austrian government, Deutsches Haus is an independent institution within NYU. This means that we don’t need to take any country or its government’s position on any particular issue into consideration. Our sole focus is how to best reach and serve our audiences and our students.

8. What is your favorite Austrian/German expression or word?

“Hoffentlich geht sich das aus!” Apparently it is an Austrian expression and means: “Hopefully this will work out”. I say “apparently” because I had thought it was used by Germans and Swiss as well until I started saying it at Deutsches Haus and earned only puzzled looks by my colleagues. I still say it maybe twice a day (which tells you something), and my colleagues have gotten used to it. I just think there is no better way to say it.

9. What was your favorite travel destination so far and where do you still want to go?

Before New York, my wife and I lived for four years in Mexico City. We still miss Mexico a lot and try to go there as much as we can. But I haven’t been to any other Latin American country. I would love to travel one day to Buenos Aires. Somehow in my fantasies it is a magical city with incredible coffee houses and people who talk passionately for hours about politics and drink excellent red wine.

10. How do you see the future of Deutsches Haus at NYU?

New York is and always has been a place of constant change. Against this background, Deutsches Haus has been a remarkably stable institution. Our beautiful courtyard, the classrooms, the cobble-stoned street of Washington Mews, and our concept of providing New Yorkers with a window to the German-speaking world have not only survived but thrived for the past 36 years. This doesn’t mean we will not need to change and adapt to whatever challenges the future has in store for us. But what will not change is the commitment of Deutsches Haus and its ever-growing community of which I am proud to be part. 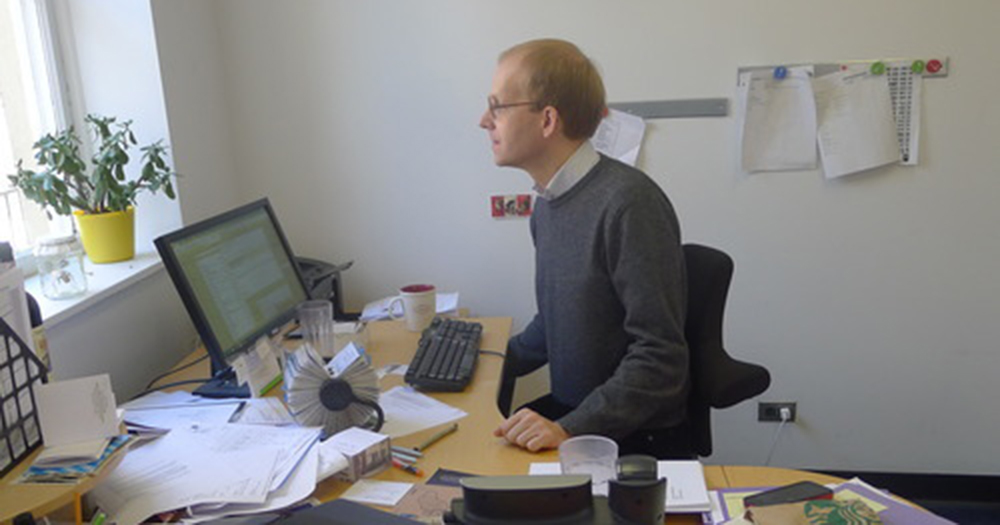