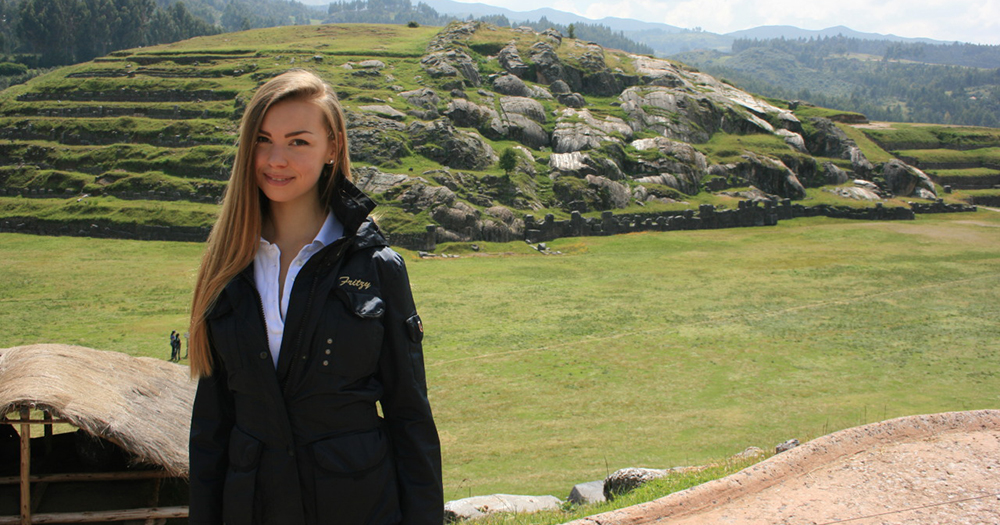 I began my summer internship at Deutsches Haus not only to channel my interest in German culture, but also to find an epicenter in this tumultuous metropolis. Last fall, I became a student at NYU and, with that, a resident of New York. As a recent graduate of the German International School in White Plains, New York, I chose to study nearby, in part, to continue my equestrian training. I thought the small adjustment from suburb to city would be easily mastered. However, I soon realized that enrolling in college would be just as much an urban challenge as it would be an academic one. In the Washington Mews, however, the iron gates filtered out the chaos of the concrete jungle without shutting out the life.

Already on my first day, I saw how Deutsches Haus planted the seeds for the city’s colorful tropics. At the Grassroots: Urban Gardening as Politics was the first event I attended as an intern, and introduced me to the kind of content and ideas this institution supports. By sharing concerns and discussing the past, present and future dynamic between urbanization and nature, the panelists - experts in their respective fields - engaged the audience to think and respond to these issues as a community. Deutsches Haus provided the space, putting us, literally, under one roof, and the familiarity among strangers that the program participants and coordinators facilitated was inspiring.

In Deutsches Haus, the expressionist “Großstadt” no longer seems so ominous. It is ironic that the loss of identity as a German cultural phenomenon during the Industrial Revolution should be called into question, transformed, by the German-speaking community of New York. Witnessing how Deutsches Haus turns the impersonal nature of the city into an array of association to what some call home, was what motivated my engagement here.

As a result, I will be contributing to the varying social media presence of Deutsches Haus (including Facebook, Twitter and three separate Tumblr blogs) and further developing its longstanding reputation as one of the foremost institutions for German-speaking culture and community in New York City.

I look forward to my remaining time as an intern and am excited to work with such welcoming, professional and creative leaders in the cultural scene of New York. From artists to academics to logistical experts, the sources of knowledge offered here, at Deutsches Haus, have already proven to be eye-opening.