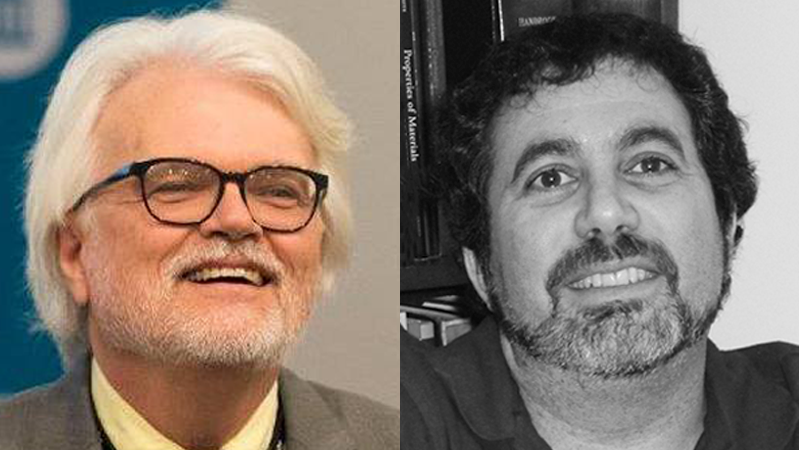 The American Association for the Advancement of Science (AAAS), the world’s largest general scientific society and publisher of the Science family of journals, has elected NYU Arts & Science faculty Michael Hout and Mark Tuckerman to the newest class of AAAS Fellows, among the most distinct honors within the scientific community.

Michael Hout, Professor of Sociology and Director of the Center for Advanced Social Science Research, was recognized for his distinguished contributions to the field of demographic methods to study social change, inequality, religion, and politics.

Professor of Chemistry and Mathematics Mark Tuckerman was recognized in for his distinguished contributions to the field of computational and theoretical chemistry, including rigorous algorithms for molecular dynamics and path integral simulations and for models of aqueous proton and hydroxide transport.

“AAAS is proud to bestow the honor of AAAS Fellow to some of today’s brightest minds who are integral to forging our path into the future,” said Dr. Sudip Parikh, AAAS chief executive officer and executive publisher of the Science family of journals. “We celebrate these distinguished individuals for their invaluable contributions to the scientific enterprise.”

The tradition stretches back to 1874. AAAS Fellows are a luminary cadre of scientists, engineers, and innovators who have been recognized for their achievements across disciplines ranging from research, teaching, and technology, to administration in academia, industry, and government, to excellence in communicating and interpreting science to the public. A full list of AAAS Fellows, now joined by professors Hout and Tuckerman, can be found here.

The new Fellows will receive an official certificate and a gold and blue rosette pin to commemorate their election (representing science and engineering, respectively) and will be celebrated later this year during an in-person gathering when it is feasible from a public health and safety perspective. The new class will also be featured in the AAAS News & Notes section of Science in January 2022.

The American Association for the Advancement of Science (AAAS) is the world’s largest general scientific society and publisher of the journal Science, as well as Science Translational Medicine; Science Signaling; a digital, open-access journal, Science Advances; Science Immunology; and Science Robotics. AAAS was founded in 1848 and includes more than 250 affiliated societies and academies of science, serving 10 million individuals. The nonprofit AAAS is open to all and fulfills its mission to “advance science and serve society” through initiatives in science policy, international programs, science education, public engagement, and more. For additional information about AAAS, visit www.aaas.org.