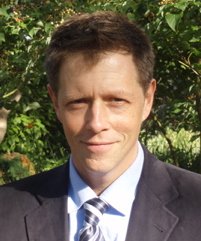 American literature and culture; literacy, print culture, and the history of the book; 19th century social reform and the development of mass media; the cultural geography of humanist enterprise; graduate training and program development in digital humanities

Thomas Augst teaches courses in American literature and culture. His writing focuses on literary history of the nineteenth-century, interpreting diverse forms of literacy and media in relation to questions about ethics and self-cultivation, the organization of knowledge, and the cultural politics of modern liberalism. He is the author of The Clerk’s Tale: Young Men and Moral Life in 19th Century America (Chicago, 2003), co-editor of Institutions of Reading: The Social Life of Libraries in the United States (UMass, 2007), and co-editor of Cultural Agencies and American Libraries (2001). He earned his doctorate from Harvard University, and has received research fellowships from the Woodrow Wilson Foundation and National Endowment for the Humanities. He is project director and with Nicholas Wolf, principle co-investigator of NewYorkScapes, a CAS initiative dedicated to place-based learning and project-based collaboration exploring the documentary record of the city.