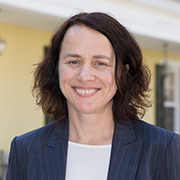 I work on the cultural, social, and intellectual history of the modern Arab Middle East, mainly Iraq. The thread that runs through my work is an interest in how imaginaries and experiences of time, space, and selfhood were reordered in the region during the 20th century, especially at the dawn of the global “age of development” around World War II. I have explored questions related to economic development and modernization theory, histories of psychology and pedagogy, gender and sexuality, childhood and youth, revolution and decolonization, Islamic and secular family law, land settlement projects, and the transition from British to American empire. My first book, Familiar Futures: Time, Selfhood, and Sovereignty in Iraq, 1920-63 (Stanford University Press, in contract), looks at how various understandings of time and selfhood, both secular and Islamic, shaped pedagogical interventions into the intimate lives of Iraqis in the name of economic development and/or anticolonial revolution. My planned second book explores the social and ecological effects of postwar land settlement projects in Iraq, Syria, and Jordan that relocated peasants and pastoral nomads onto isolated nuclear-family farms in accordance with US Cold War modernization theories of agrarian reform and political stability.

I also served as associate editor of the International Journal of Middle East Studies from 2009-2014.

Carolyn G. Heilbrun Dissertation Prize for outstanding feminist dissertation in the humanities, Center for the Study of Women and Society, The Graduate Center, CUNY (2012)

“Gender as a Category of Analysis in Development and Environmental History,” Roundtable on “Gendering the Middle East,” International Journal of Middle East Studies 48:3 (August 2016).

"Lines Drawn on an Empty Map’: Iraq’s Borders and the Legend of the Artificial State,” Jadaliyya, June 2, 2015.

“The Stage of Adolescence: Anticolonial Time, Youth Insurgency, and the Marriage Crisis in Hashimite Iraq,” History of the Present (Fall 2013).

“Daughters of the Right Path: Family Law, Homosocial Publics and the Ethics of Intimacy in the Works of Shi`i Revivalist Bint al-Huda,” Journal of Middle East Women’s Studies (Spring 2012).

“Building the Nation through the Production of Difference: The Gendering of Education in Iraq, 1928-58,” in Writing the History of Iraq: Historiographical and Political Challenges, ed. Riccardo Bocco, Hamit Bozarslan, Peter Sluglett, and Jordi Tejel (London: Imperial College Press, 2012).