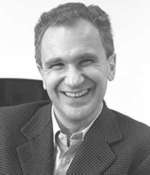 My research concerns the question of how goals and plans affect thought, feeling, and action. It spans a number of areas in social psychology, cognition and perception, neuropsychology, and industrial and organizational psychology.

- The role of affect in goal pursuit.

- Determinants of the speed of goal pursuit.

- Planning to think: The self-regulation of making wise decisions.

- Behavior change interventions based on the self-regulation strategy of mental contrasting with implementation intentions (MCII).

- Social interaction: Interpersonal insensitivity as a consequence of self-symbolizing.

- A life-span perspective on the willful pursuit of identity.

- Cross-culteral differences in the emotions of fear, disgust, and envy.