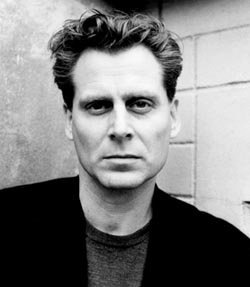 Peter Lucas teaches the fall course on International Human Rights for CEH. He also teaches at the Center for Latin American and Caribbean Studies and Tisch Open Arts at NYU. He received his Ph.D. in International Education at NYU in 1996.  His teaching and writing focuses on human rights with an emphasis on participatory media, documentary practice, critical photojournalism, the poetics of witnessing, human rights and peace education, and youth media.  His publications include, Viva Favela: Photojournalism, Visual Inclusion, and Human Rights in Brazil and Action for Disarmament: Ten Things You Can Do.

As a filmmaker, he works as a director, creative producer, and producer on shorts and feature-length documentaries. In 2012, he won the John Simon Guggenheim Fellowship for his film The Amazon Star, a visual travelogue of the Amazon River, currently in post-production. In 2015 he was a Documentary Fellow at the Sundance Institute for his creative producing on the film Hooligan Sparrow directed by Nanfu Wang. This film opened at the Sundance Film Festival in January of 2016 and was the opening night film at the Human Rights Watch Film Festival. Netflix is currently streaming the film and it was short-listed for the 2017 Oscars for best documentary. He is currently working on several new film projects including the documentary Remembering Shakespeare, now in the final stages of post-production.