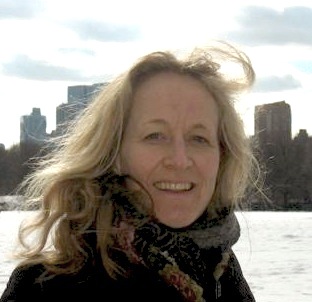 Barbara Kowalzig is Associate Professor of Classics and History. She is a religious and cultural historian of ancient Greece in its broader Mediterranean context, and has particular interests in the sociology of music and performance as well as the role of religion in the social and economic transformation of the ancient world. More broadly, she engages with long-term Mediterranean history and anthropology, and comparative and cross-disciplinary approaches to the study of pre-modern societies. Her book Singing for the Gods: Performances of Myth and Ritual in Archaic and Classical Greece (Oxford, 2007; ppb. 2011) explores the vital role of religious song in effecting social and political change all over the Greek world. She has published widely on ancient Greek song-culture and the social contexts of poetry, music and performance, as well as on Athenian tragedy and pilgrimage. A recent volume on Dithyramb in Context (ed. with Peter Wilson (Sydney); Oxford, 2013) investigates literary, religious and socio-political dimensions of the dithyramb, one of the most important and long-lasting ancient Greek performance forms. She is currently working on a book entitled Gods around the Pond: Religion, Society and the Sea in the Early Mediterranean Economy. Drawing from a range of social sciences, this project explores the interaction of religious practices and economic patterns in the first-millennium BCE Mediterranean in a long-term historical perspective, and seeks to understand Greek religion as emerging from the broad, transcultural context of maritime economic mobility. Kowalzig also has an interest in the cognitive aspects of ancient religions and is collaborating on a project on Beliefs and Conceptions of the Divine in the Ancient World (with T. Morgan, Oxford).

Before joining NYU in 2010, Barbara Kowalzig taught at Royal Holloway, University of London, and was Fellow and Tutor in Ancient History at University College, Oxford (2000-2005). She is also an Associate of ANHIMA, formerly Centre Louis Gernet, in Paris, and has held fellowships at Cambridge, the Maison des Sciences de l’Homme and EHESS in Paris, the Leverhulme Foundation, the Institute for Advanced Study in Princeton, the Humanities Initiative at NYU, the Stanford Humanities Center, the NEH and the Wissenschaftskolleg zu Berlin. She completed her DPhil at the University of Oxford and received both the Conington Prize and the Hellenic Foundation Prize for her doctoral work in 2003.

Kowalzig’s teaching matches her interdisciplinary research on the religious and cultural, social and economic history of Greece and the Mediterranean, and is informed by a broad set of methodologies. Recent courses include: ‘Greek History from the Bronze Age to Alexander', ‘Ancient Epic’, ‘Belief and Practice in Greek Religion’, ‘Ethics, Morality and Culture in Ancient Economies’ (undergraduate); ‘Greek Religion in a Mediterranean Society’, ‘Greece and the Mediterranean: materials, methods, and debates’, ‘Polytheism(s) and Society in the Ancient World’; ‘Greek Drama in the Mediterranean and Black Sea’, ‘Divinity, Commodity and the Sea in the Ancient Mediterranean’, ‘What is Hellenistic Religion?’ (graduate).

Religion and anthropology of ancient Greece and the Mediterranean; Greek poetry and drama; music and performance; social and economic history

‘Festivals, Fairs and Foreigners: Towards an Economics of Religion in the Mediterranean longue durée’, in A. Collar, T. Myrup Kristensen, eds., Pilgrimage and Economy (Leiden: Brill, 2020), 287-328.

‘Dancing Dolphins on the Wine-Dark Sea: Dithyramb and Social Change in the Archaic Mediterranean’, in Dithyramb in Context (Oxford: Oxford University Press, 2013), 31-58.

‘Historical Times’, in A Community of Scholars: Impressions of the Institute for Advanced Study. With photographs by Serge Levy (Princeton: Princeton University Press, 2011), 12-15.

‘Musical Merchandise ‘on every vessel’: Religion and Trade on the Island of Aigina’, in D. Fearn, ed., Aegina: Contexts for Choral Lyric Poetry. Myth, History, and Identity in the Fifth Century BC (Oxford: Oxford University Press, 2010), 129-71.

‘Nothing to Do With Demeter? Theatre and Society in the Greek West’, in O. Revermann, P.Wilson, eds., Performance, Iconography, Reception. Studies in Honour of Oliver Taplin (Oxford: Oxford University Press, 2008), 128-57.