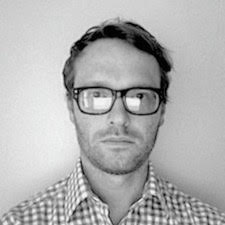 Leo Goldsmith is a New York-based scholar and curator who works at the intersection of experimental moving-image media, documentary film, media ecologies, and digital culture. He completed his PhD Candidate on found footage and moving-image circulation at the Department of Cinema Studies at New York University. He has taught film and media studies at Feirstein Graduate School of Cinema, Brooklyn College; Harvard University; Eugene Lang College, The New School; and Tisch School of the Arts, New York University.

With Robert Stam and Richard Porton, he is a co-author of Keywords in Subversive Film/Media Aesthetics (Wiley 2015), for which he contributed an afterword on the aesthetics of oppositional digital media strategies. His forthcoming book on the radical documentary practices of British filmmaker Peter Watkins, co-authored with Rachael Rakes, was awarded an Arts Writers Grant by Creative Capital and the Warhol Foundation in 2015. With Rakes, he is also the co-editor of the film section of the monthly arts and politics newspaper The Brooklyn Rail, commissioning and editing critical writing on film and video in the areas of experimental and avant-garde cinema, installation film and video, and documentary. He is also a regular contributor to such publications as Artforum, art-agenda, Cinema Scope, and The Village Voice.

Recent curatorial projects include: "Computer Age: Early Computer Movies, 1952–1987," an ongoing curatorial collaboration with media scholar Gregory Zinman, which has traveled to the Museum of the Moving Image (Astoria, Queens) and the Ann Arbor Film Festival (Ann Arbor, Michigan); "Human. Material. Machine," a film program organized with scholar and curator Lukas Brašiškis at the Contemporary Art Centre in Vilnius, Lithuania in 2015; and "FEELINGS," curated with Rachael Rakes, a program of films for Video Data Bank's online platform and later released on home video.