[Event attendees will be able to purchase the book using a special online discount code.]

Thoroughly revised and updated to reflect changes in French society over the last generation, and now illustrated with full-color photos, the Fourth Edition of Les Français retains hallmarks of the pioneering work in cultural anthropology that distinguished Laurence Wylie's First Edition—work that has long since helped make Les Français the most illuminating French-language introduction to French society and culture for the needs of North American students.  The Fourth Edition also remains rooted in the comparative approach of previous editions, analyzing outlooks and practices that undergird the social fabric of France from the perspective of those approaching them from a North American background.  Ranging from discussions of distinctively French perspectives on time, space, human nature, and the body, to norms of childhood socialization and family life, to the key elements and entities of social and cultural life, Les Français illustrates ways in which the French are "made not born," all while pointing up contradictions and paradoxes in French life and reflecting the greatly diversified demographic and social makeup of today's France.

Jean-François Brière is Professor Emeritus of French Studies at the University at Albany, State University of New York.

They are co-authors of the fourth edition of Les Français.

Herrick Chapman is Emeritus Professor of French Studies and History at New York University. A modern European historian, he works mainly on the social, economic, and political history of twentieth-century France. He is the author of several books, including France’s Long Reconstruction: In Search of the Modern Republic (Harvard University Press, 2018).

Kathryn Kleppinger is Associate Professor of French and francophone Studies and International Affairs at the George Washington University. Her work focuses on the construction of literary labels and the social power dynamics inherent to cultural production. She is the author of Branding the Beur Author: Minority Writing and the Media in France, 1983-2013 (Liverpool UP, 2015).

William Poulin-Deltour is Professor of French and Francophone Studies at Middlebury College. His teaching and research interests include the anthropology of France, sex and gender in contemporary France, multiculturalism, and the French educational system. 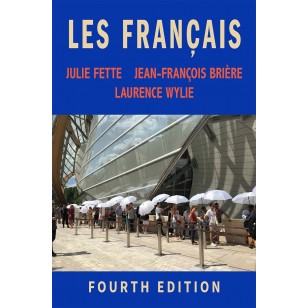