Long excluded from the French literary canon and academic departments, non-hexagonal literatures in French have been valorized and recognized within the academy over the last few decades. The “francophone turn” has been one of the deepest and most transformative changes in French studies, opening new fields of inquiry. Many have since accused the francophone advent to ascribe a lower status to “francophone literature(s)” and to rely on a center-periphery understanding of literature. Ten years ago, the Manifesto for a World-Literature in French called to do away with the notion of francophonie and embrace a post-francophone world with centers everywhere – all on an equal plane. In this roundtable conversation, Lia Brozgal and Kaoutar Harchi ask where we stand today: are we post-francophone yet?

Kaoutar Harchi is Postdoctoral Researcher at the Musée du Quai Branly and visiting at NYU (French Literature, Culture and Thought and Institute of French Studies). A sociologist of culture, her work revolves around francophonie as an intellectual and social field and the trajectories of Algerian novelists who have obtained recognition in France. She is the author of Je langue et pas la (2016). She has also published three novels, including L’ampleur du (Actes Sud, 2011).

Lia Brozgal is Associate Professor of French and Francophone Studies at UCLA, with a special emphasis on France and North Africa. She is the author of Against Autobiography: Albert Memmi and the Production of Theory (2013); co-editor of Being Contemporary: French Literature, Culture and Politics Today (2015); co-editor of Ninette of Sin Street (the first English translation of the Tunisian novella Ninette de la rue du Péché by Vitalis Danon); and author of essays on North African literature and cinema, cultural productions, chronicles of the Holocaust in North Africa, and Judeo-Maghrebi literature and film.

Cosponsored by NYU’s Department of French Literature, Thought and Culture and Institute of French Studies. 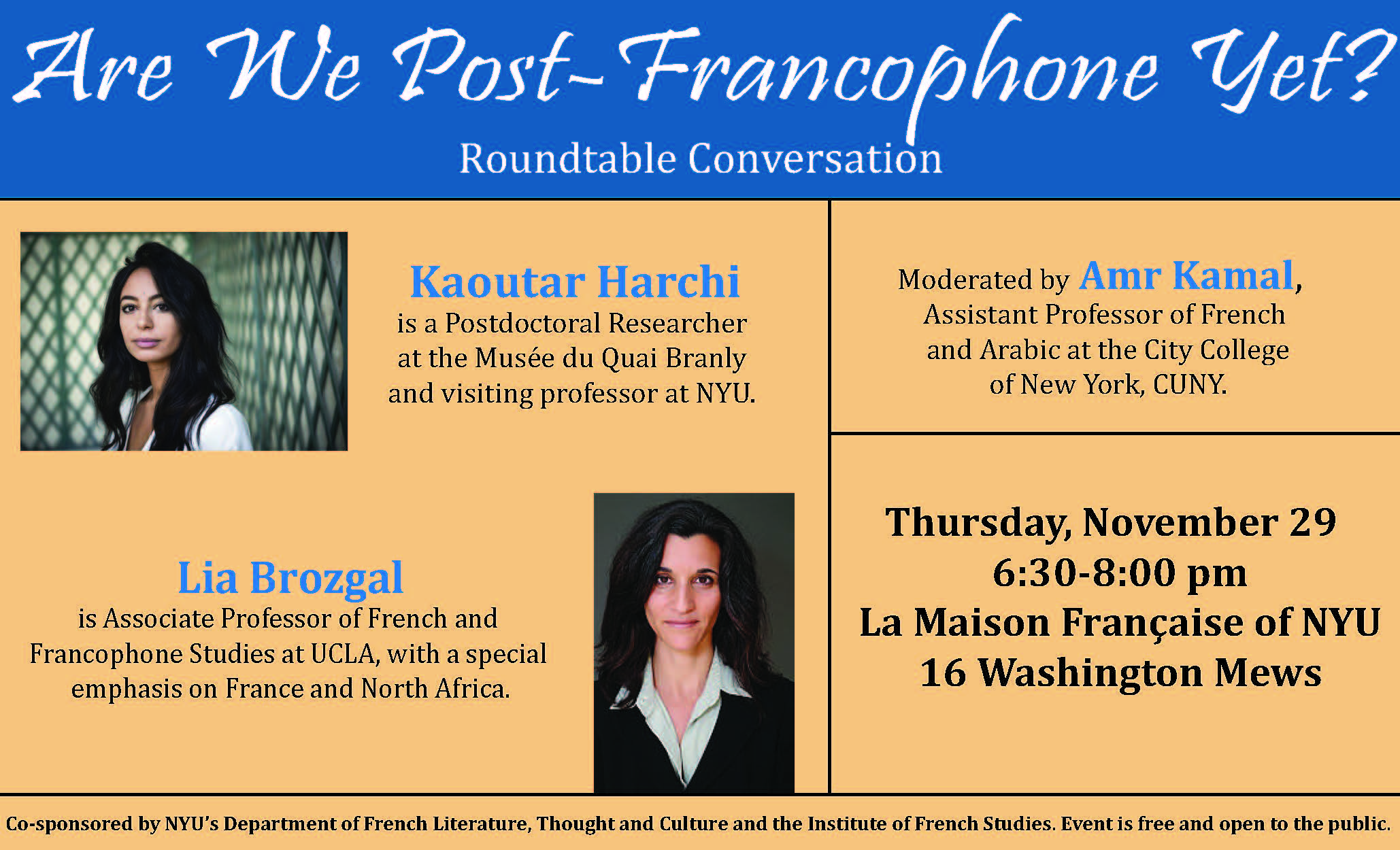