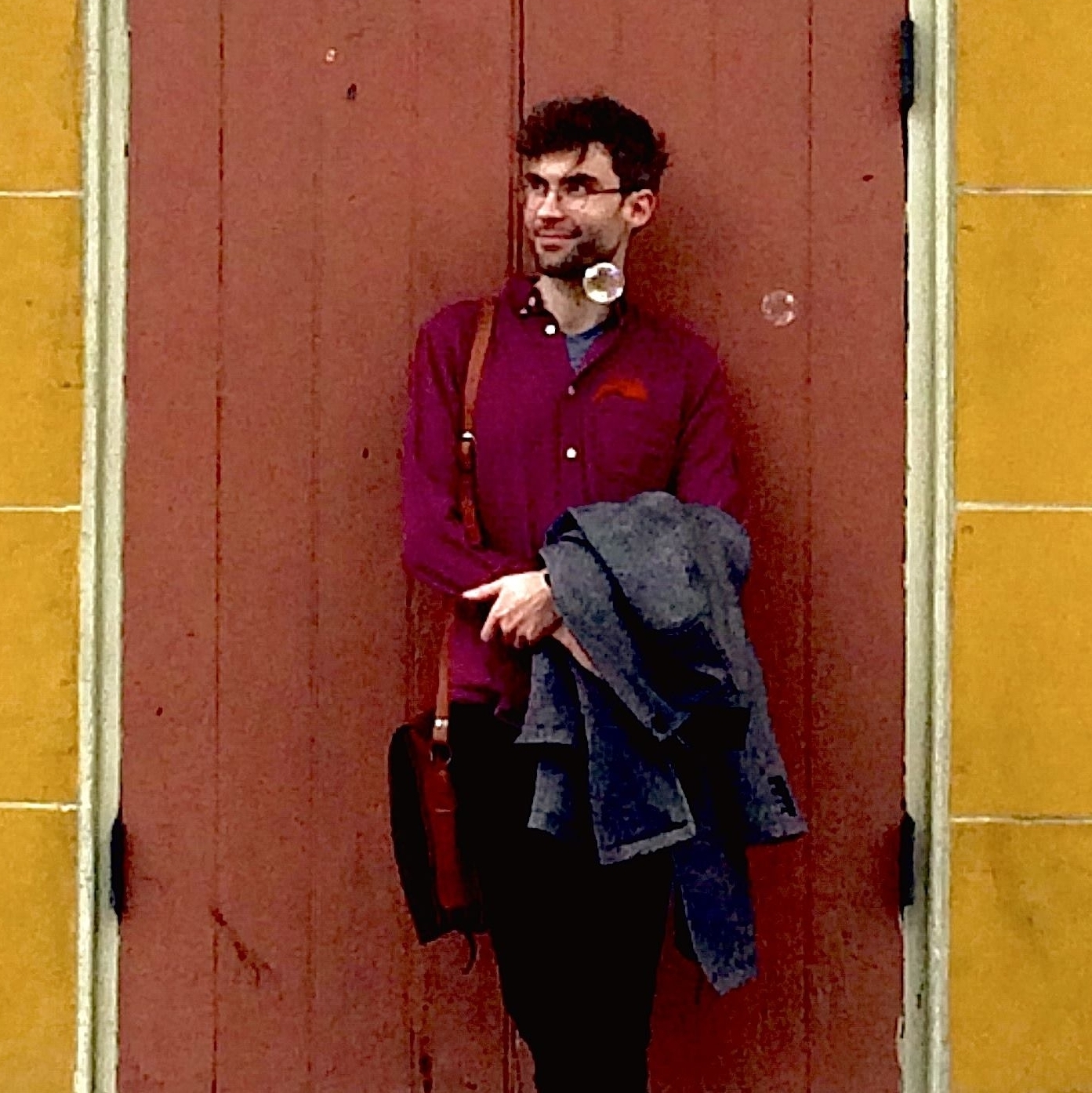 Simon Schoch studied German and comparative literature, linguistics, and philosophy in Freiburg and Berlin. Having received his M. A. from Humboldt University in 2017, Simon joined the German Department of NYU in the same year.

Simon’s research revolves around the close connection between politics and aesthetics. His academic interests include the drama around 1800, 19th century Realism, and literature after 1945. His dissertation traces the entrance and appearance of the ‘prose of the world’ on the stages of 18th and 19th century drama and inquires into the precarious relationship between on- and off-stage.

Simon has published on W.G. Sebald’s “paysage comme ruine” (in Europe en mouvement. Vol. 2: Nouveaux regards, 2018) and on Gottfried Keller’s “writing-scene” (in Monatshefte, Vol. 113, No. 2, 2021). In 2022, his essay on “Precarious inheritances in Thomas Bernhard” will appear in the collected volume Thomas Bernhard. Language, History, Subjecticity (ed. Krylova and Schonfield).

Currently, Simon is teaching a seminar on “Literature and Discipline” at the UZH. He is the recipient of NYU’s 2020 Outstanding Teaching Award.