Rock Against Racism at 40 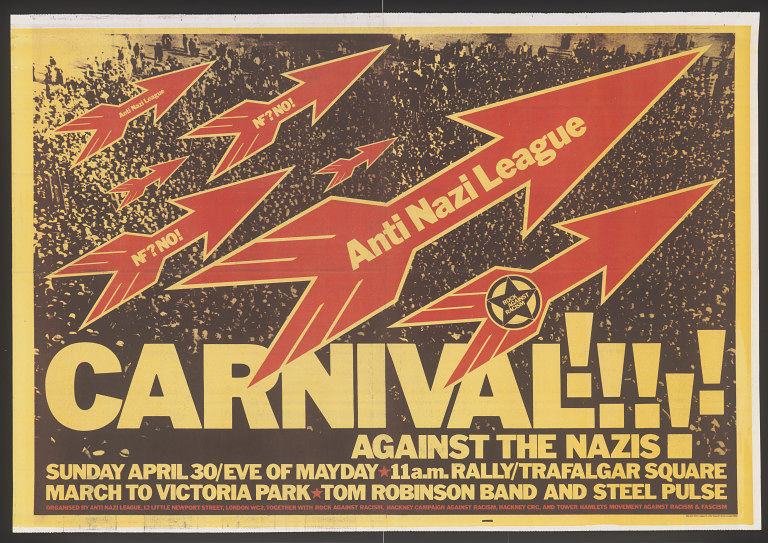 "When we read about Eric Clapton's Birmingham concert when he urged support for Enoch Powell, we nearly puked.

"What's going on Eric? You've got a touch of brain damage. So you are going to stand up for us and you think we are being colonised by black people. Own up. Half your music is black. You are rock music's biggest colonist ... You've got to fight the racist poison, otherwise you degenerate into the sewer with the rats and all the money men who've ripped off rock culture with their cheque books and plastic crap.

"Rock was and and can still be a real progressive culture, not a package mail order stick-on nightmare of mediocre garbage.

"Keep the faith, black and white unite and fight.

"We want to organise a rank and file movement against the racist poison in rock music - we urge support - all those interested please write to Rock Against Racism, Box M, 6 Cottons Gardens, London, E2 8DN

"P.S. Who shot the Sheriff, Eric? It sure as hell wasn't you!

EMILY ARMSTRONG is a video artist and co-founder of GoNightclubbing.

HONEYCHILD COLEMAN, based in Brooklyn, is a founding member of The SistaGrrls Riots and fronts blues punk political band The 1865.

VIVIEN GOLDMAN chronicled the late 1970s punk and reggae scenes for the British musical press. Her Revenge of the She-Punks is published this May.

PAT IVERS is a video artist and co-founder of GoNightclubbing.