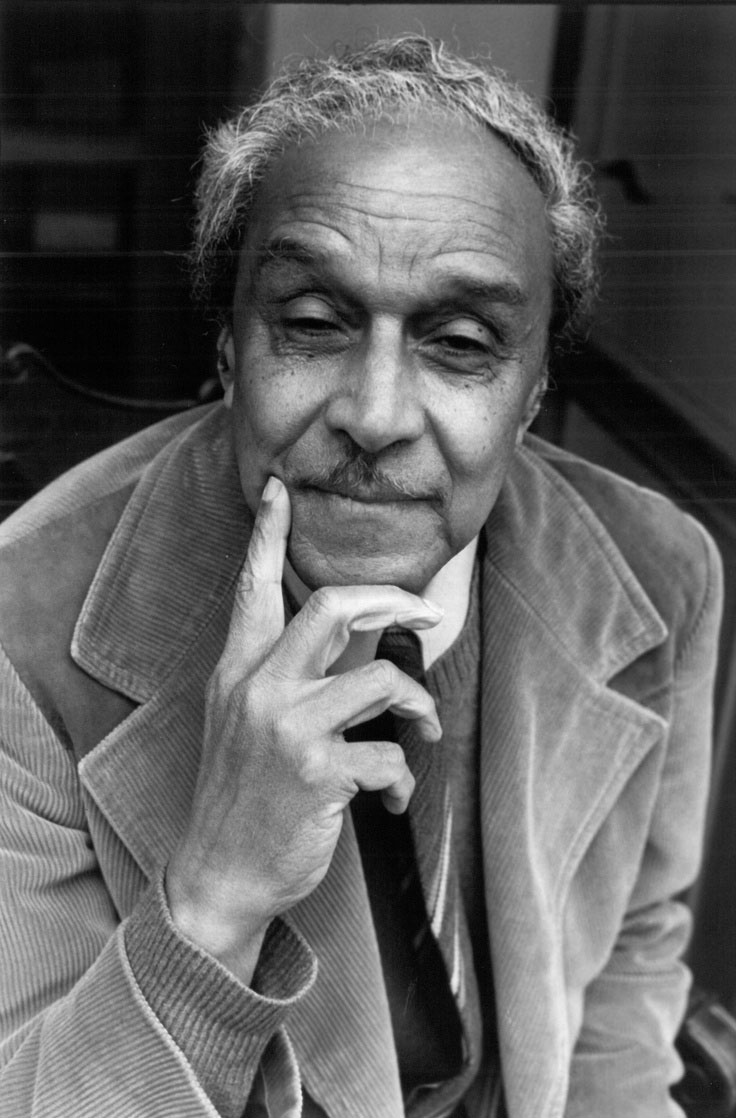 "My grey hairs stir red in response to a quality in the writings of Wilson Harris that I would venture to call ... beauty" (Kathleen Raine)

The impossibly strange, visionary writings of Wilson Harris (1921-1918) have been likened to those of T.S. Eliot, David Jones, Dante, the medieval dream poets. Angela Carter called him the "Guyanese William Blake ... there is nobody writing anything remotely like him in Britain, nobody writing fiction with that particular kind of poetic intensity". Born in New Amsterdam, Guyana, he passed exams in hydrographic surveying, mathematics and astronomy before working for 15 years as a landscape surveyor. He yomped through dense forests to the Venezuelan border. He gazed at impossible rainfalls. Everywhere and everything was sentience. Time and space became mutable, magic. Later, after he moved to England in 1954, he drew upon those revelatory voyages to build up a vast body of work - fiction, poetry, criticism (he was Faber & Faber's longest-serving author) - that is both mystical and political, enchanted and jarring, an avant-ecological "nexus of dream, myth, archetype, and prophecy that cuts clearly across the conventions of much Caribbean literature ... and is revolutionary both in content and in form" (Pauline Melville)

To mark the first anniversary of his death, the Colloquium will be staging the first US screening of Da Silva da Silva, Colin Nutley's little known 1987 production of Wilson Harris's novel Da Silva, da Silva's Cultivated Wilderness (1977). This will be prefaced by a specially filmed introduction by Colin Nutley and a 15-minute 2008 radio memoir of Harris by Guyanese poet and novelist Fred D'Aguiar.

Special thanks to Colin Nutley and Joana Sorobetea