On September 12th Aquila Theatre's Warrior Chorus program, which is based at NYU Classics, traveled to the U.S. Capitol to represent the National Endowment for the Humanities before lawmakers to recognize Lin-Manuel Miranda as recipient of the US Capitol Historical Society Freedom Award presented by Representative John Lewis.

Neath William, who served three combat tours in Iraq and Desiree Sanchez, Aquila's artistic director read from Euripides and Thucydides, moderated by Professor Meineck, who is also a Captain in the Bedford Fire Department in New York.

After watching the scenes Lin-Manuel Miranda responded, "So inspiring. I need to read more Greeks. Oh my god! I had no idea!"

Mr. Miranda chose to use the occasion of his award to advocate for continued government support for the National Endowment for the Humanities and Arts. 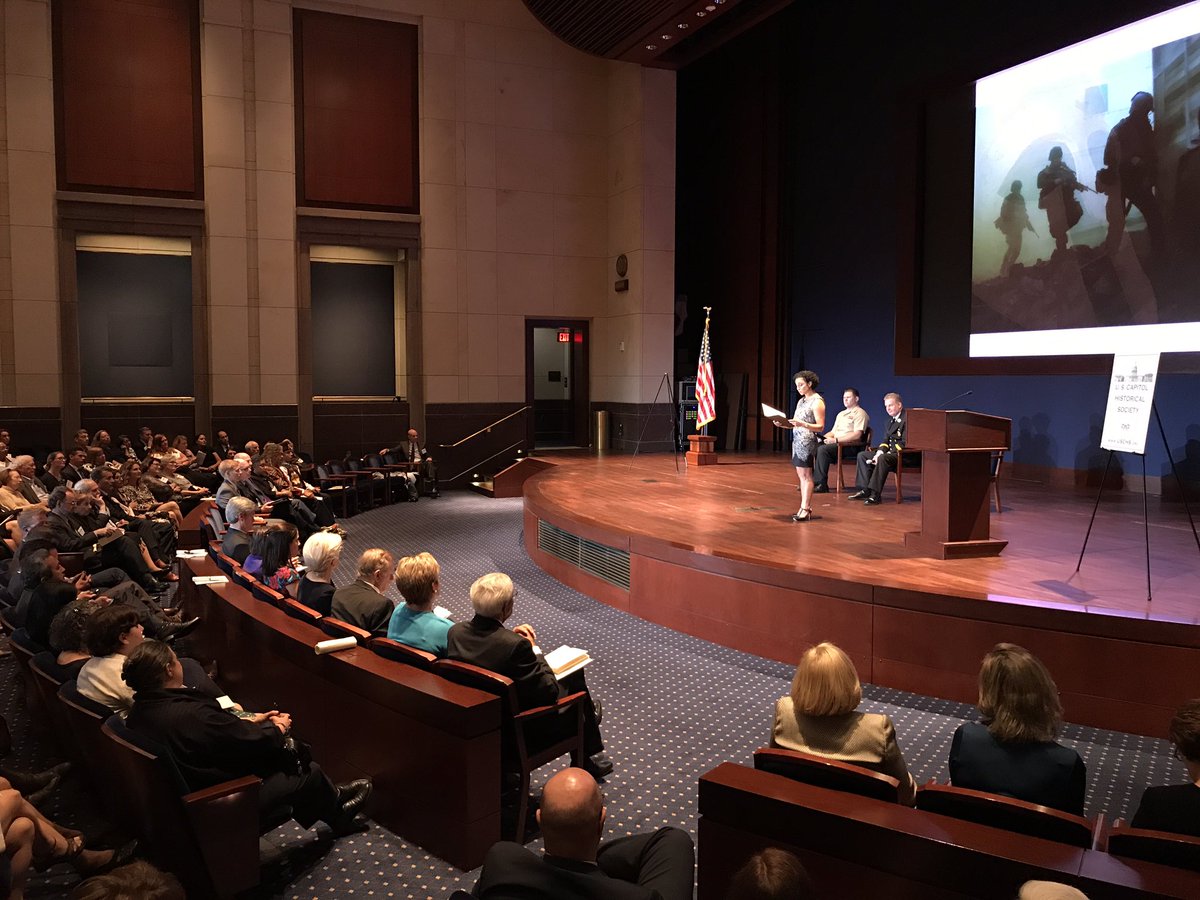