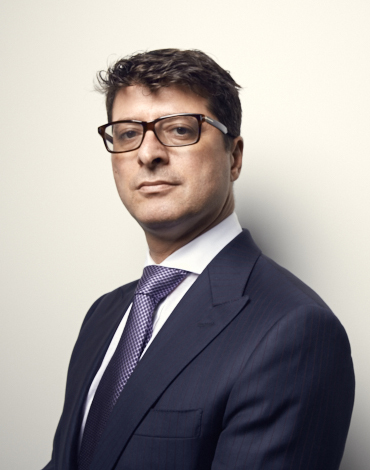 Edward Mermelstein enjoys an accomplished career as a top-tier legal strategist, businessman, consultant, investor and developer in New York City. As a founding partner of One &amp; Only Holdings, LLC which includes One &amp; Only Realty, and the boutique law firm Rheem Bell &amp; Mermelstein, LLP, he capitalizes on his success and expertise in international real estate advisory, law and family office representation, benefiting clients under one powerful umbrella. Known and sought-after for his savvy deal-making, Edward draws on over 30 years of experience in the real estate business to serve his diverse clientele’s best interests. A refugee from Ukraine, he specializes in working with high-net-worth individuals and companies as a trusted advisor in every aspect of their acquisitions and transactions in the United States and worldwide.

Edward’s impressive achievements and in-depth understanding of the global markets and political arena have earned him recognition as one of the 10 most influential figures in NYC real estate. He has been repeatedly featured in prominent publications like the NY Times, Wall Street Journal, Bloomberg, Reuters, NASDAQ, The New York Observer, and appeared on Fox News, CNN, CNBS, Reuters and Bloomberg for closing complex deals and winning unique legal cases.

Fluent in English and Russian, Edward emigrated to the U.S. in 1976. He holds a BA from NYU and a JD from Western Michigan Law School. In addition to his work, he is involved in numerous charitable organizations supporting local as well as national causes rooted in culture, politics, education and the arts. In 2016, Edward joined the Board of Overseers of NYU, where he maintains the Mermelstein Family Scholarship. He has served as the USA Director of the Link of Times Foundation, helping to repatriate cultural and historical valuables taken from Russia in past centuries. As Chairman of COJECO, Edward helps facilitate the integration of Russian-speaking Jews into the greater American Jewish community while preserving their cultural heritage. As President of Zaka Search and Rescue, Edward leads a UN recognized NGO, with thousands of volunteers, on call to respond to man-made or natural disasters. Edward has served on the Boards of the JDC, UJA, RAJE and numerous charitable organizations. Edward lives in NYC with his wife, Rose, a Broadway producer and six-time Tony award winner, and his two sons.