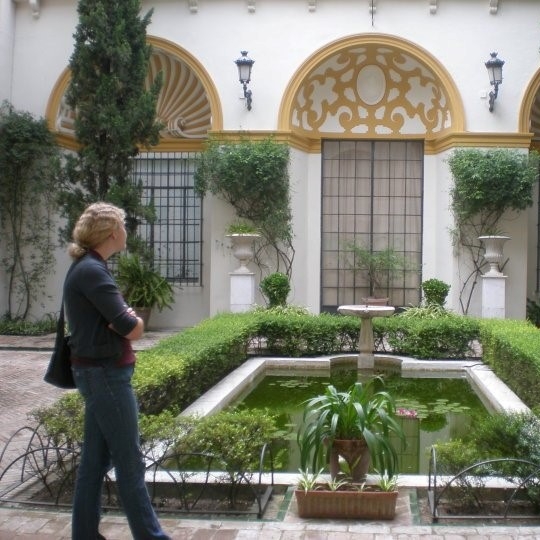 Elizabeth Benninger received her B.A. in Spanish and Comparative Literature from the University of North Carolina at Chapel Hill in 2012. Her research at NYU has focused primarily on nineteenth- and twentieth-century literatures in Arabic and Spanish. She received her M.A. in 2015 for a thesis on uneven temporalities and the blurring of generic distinctions in Benito Pérez Galdós’s La desheredada. She is currently working on a dissertation which proposes an “internationalist” method of literary comparison which seeks to reckon with the importance of the “national” aspects of literary production in the late nineteenth and early twentieth centuries across four different national contexts (Egypt, Spain, Peru, and Ottoman Syria). Using “genre” and “historical representation” as vectors of comparison, the dissertation offers new grounds for comparative work and trajectories of comparison that do not rely upon imperial narratives or the triangulation of “peripheries” with a cultural “center.”

Elizabeth has co-organized the Feminist Reading Group for graduate students and faculty at NYU and neighboring institutions since 2015. Further information can be found at https://frgnyu.wordpress.com/.

“Toward an Internationalist Mode of Comparison: Reading Genre and History Across National Literatures, 1880-1914”