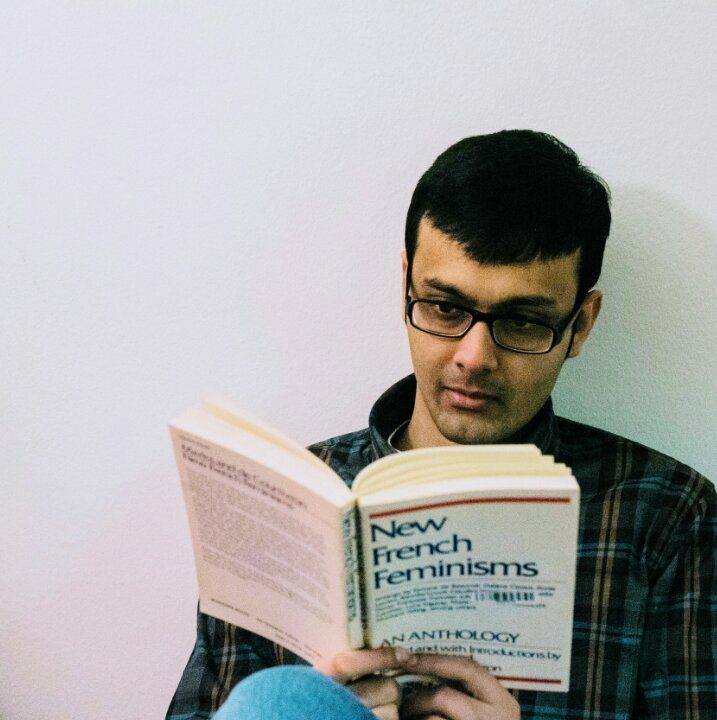 I Killed My Mother: Desiring Mothers in Greek and Hindu Antiquity

Bringing together ancient Greek and Sanskrit texts – as well as their reception in (post)colonial Bengali culture, 20th-21st century feminist philosophy, and the German-English socialist tradition –  Bhattacharjee's dissertation investigates figurations of desiring mothers in antiquity. Using the figure of the mother as its focal point, his project explores how the Greek “classics” interface with the study of Sanskrit texts, what interferences one creates in the other, and how the intellectual tendencies of each can work to both unsettle and reanimate the forces on the other side of the equation. He engages in close readings of key ancient texts –  from Plato to Greek tragedy, from the Vedas to the Mahabharata –  to examine the frequent invocation of the desiring mother. Deploying the variegated tools of philology, psychoanalysis, deconstruction, phenomenology, postcolonial criticism, and feminist/queer theory, the dissertation asks how maternal bodies, desires, and pleasures are articulated in these texts in formulations that complicate modern theorizations of nature, gender, and sexuality.

Bhattacharjee's approach to ancient texts thus poses urgent questions for 21st-century thought – questions that require serious rethinking today when issues such as abortion and parenting rights are fiercely debated, assisted reproductive technologies remain points of contention in several countries, and queer kinships and non-normative parenting are increasingly gaining ground. Against the anti-natal turn in queer theory, which often sees radical negativity as the only model for queer political engagement, this dissertation theorizes a queerness that does not exclude life and the opaque processes of coming-to-be, of the proliferation of desires and bodies beyond conscious or predictable pathways. Going back to the maternal figure in ancient texts, and tracing its genealogies across unexpected geo-literary terrains such as 19th-century European socialism and an early-20th-century psychoanalyst from Bengal, allows Bhattacharjee to interrogate these foundational moments and interpret them in ways that warrant a radical remapping of our histories, traditions, and philosophical inheritances.