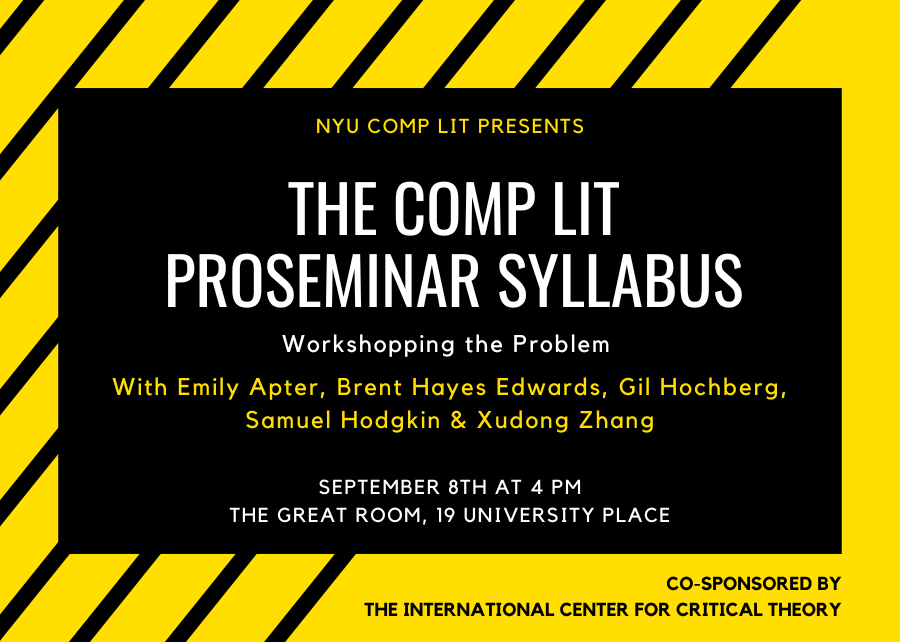 This event is co-sponsored by the International Center for Critical Theory.