Professor Mark Christian Thompson will be presenting from his new book, Phenomenal Blackness, an unorthodox account of 1960s Black thought that rigorously details the field’s debts to German critical theory and explores a forgotten tradition of Black singularity.

Prior to the 1960s, sociologically oriented thinkers such as W. E. B. Du Bois had understood Blackness as a singular set of socio-historical characteristics. In contrast, writers such as Amiri Baraka, James Baldwin, Angela Y. Davis, Eldridge Cleaver, and Malcolm X were drawn to notions of an African essence, an ontology of Black being. With these perspectives, literary language came to be seen as the primary social expression of Blackness. For this new way of thinking, the works of philosophers such as Adorno, Habermas, and Marcuse were a vital resource, allowing for continued cultural-materialist analysis while accommodating the hermeneutical aspects of Black religious thought. Thompson argues that these efforts to reimagine Black singularity led to a phenomenological understanding of Blackness—a “Black aesthetic dimension” wherein aspirational models for Black liberation might emerge.

This event is open to members of the NYU community only. Click HERE to RSVP for the location! 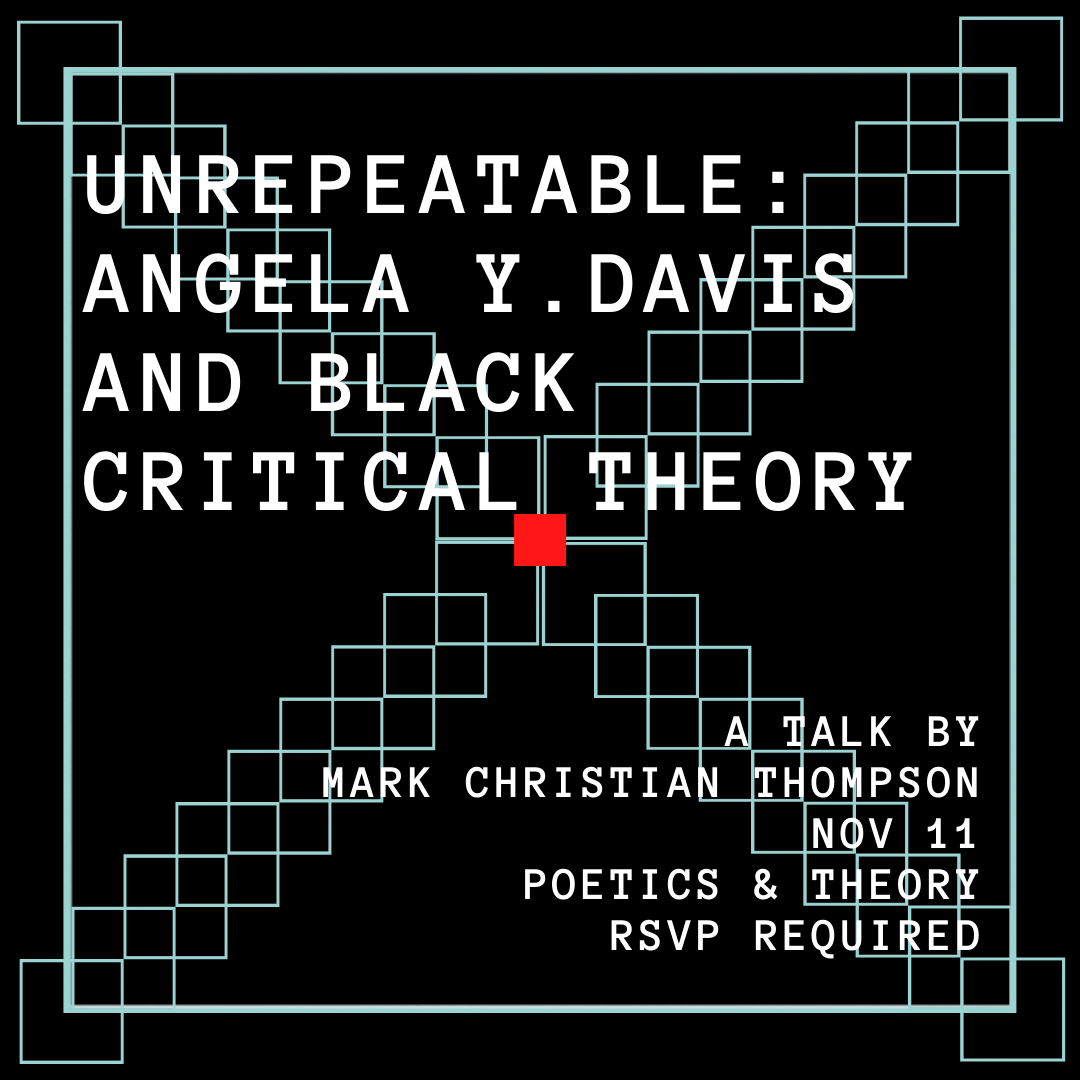