On Tuesday, March 22nd at 6 PM EST via Zoom the Department of Hebrew & Judaic Studies, the Taub Center for Israel Studies, and the Department of Comparative Literature will host Love, Maayan Eitan in conversation with Roni Henig!

Love is a fever dream of a novel about a young sex worker whose life blurs the boundaries between violence and intimacy, objectification and real love. Startlingly vulnerable and lyrically deft, Maayan Eitan’s debut follows Libby as she goes about her work in a nameless Israeli city, riding in cars, seeing clients, meeting and befriending other sex workers and pimps. In prose as crystalline as it is unflinching, Eitan brings us into the mind of her fierce protagonist, as Libby spins a series of fictions to tell herself, and others, in order to negotiate her life under the gaze of men. After long nights of slipping in and out of the beds of strangers, in a shocking moment of violence, she seizes control of her narrative and then labors to construct a life that resembles normalcy. But as she pursues love, it continually eludes her. She discovers that her past nights in cheap hotel rooms eerily resemble the more conventional life she’s trying to forge.

A literary sensation in Israel, Maayan Eitan’s debut set off a firestorm about the relationship between truth and fiction, and the experiences of women under the power of men. Compact and gemlike, this is a contemporary allegory of a young woman on the verge.

Check out the novel in English HERE and in Hebrew HERE! 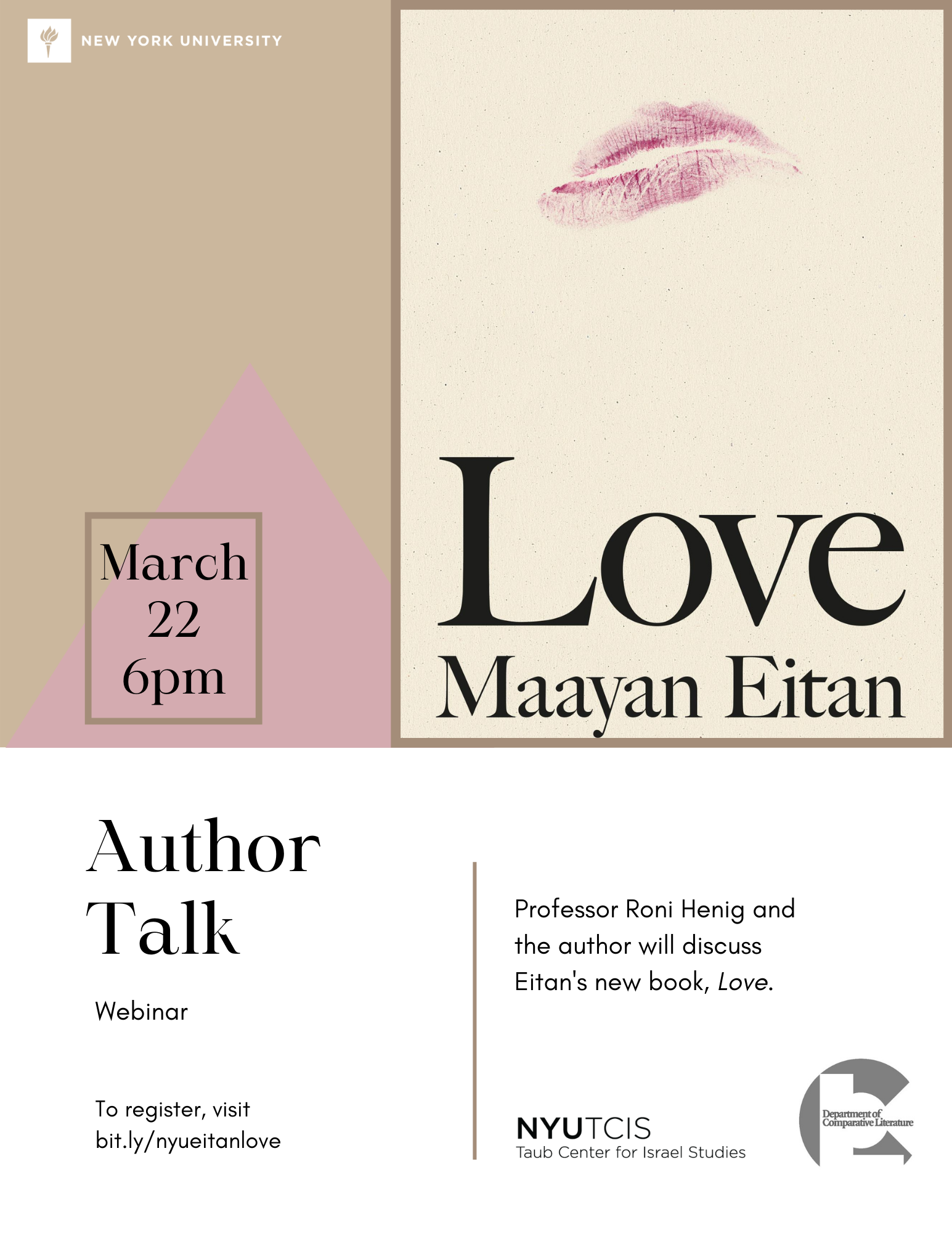 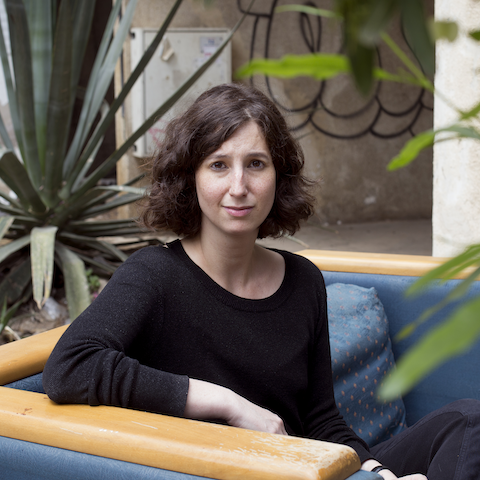 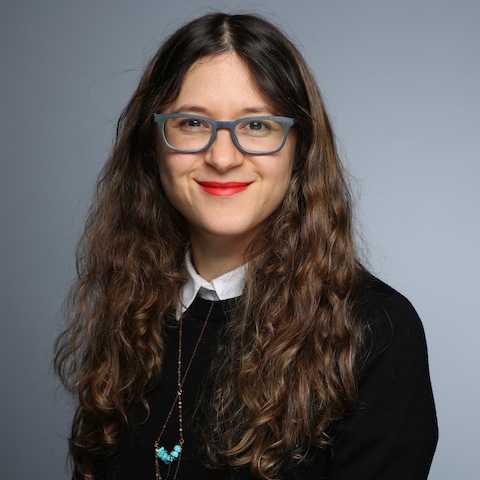 Maayan Eitan’s short fiction and essays have been published in The Kenyon Review, World Literature Today, and The Tel Aviv Review of Books, and her work appears regularly in Israeli literary magazines. She holds a master’s degree in comparative literature from the University of Michigan, Ann Arbor, and is currently pursuing a PhD in Hebrew literature in Israel. Love is her first book. She lives in Tel Aviv, Israel.

Roni Henig is an Assistant Professor of Modern Hebrew Literature who joined the Skirball faculty in Fall 2020. She received her M.A. and Ph.D. in Hebrew and Comparative Literature from Columbia University, and her B.A. in Literature and Creative Writing from Tel Aviv University.

She researches modern Hebrew literature and Jewish literatures in a comparative context. Her work focuses on critical literary theory, language politics, multilingualism, dysfluency studies, and the critique of nationalism across Jewish literatures and beyond. Her current book project, Life of the Non-Living: The Narrative of Language Revival in Modern Hebrew Literature, critically explores the question of Hebrew revival in early twentieth century Hebrew literary discourse and its role in the formation of Jewish nationalism, Zionism, and modern Hebrew culture.