Gay Liberation After May 68: A Discussion and Reading of Guy Hocquenghem’s Political Writings On Wednesday, April 13th at 6 PM EST via Zoom, the Department of Comparative Literature and the program in Poetics & Theory will host Gay Liberation After May 68: A Discussion and Reading of Guy Hocquenghem’s Political Writings with Max Fox, Antoine Idier, and Scott Branson!

Guy Hocquenghem was a French queer revolutionary whose first book Homosexual Desire (1972) set the stakes for radical queer theory as we still know it today. Many of the academic theorists working in his wake are still catching up to his critiques of desire and identity, which have been especially pertinent in the decades in which the gay liberation movement deeply shifted from its original politics to form the LGBT movement we know today. This event helps launch the first English translation of Hocquenghem’s second book, L’Après-mai des faunes (Gay Liberation After May ’68), a collection of political and theoretical texts Hocquenghem wrote during the onset and splintering of the gay liberation movement and the radical women’s movement. Hocquenghem participated in the events of May 68 and the beginnings of the Front homosexuel d’action révolutionnaire (FHAR – Homosexual Revolutionary Action Front), as well as other revolutionary left groups. He was also the first person in the 20th century to “come out” publicly in France. He ceaselessly took a confrontational and revolutionary stance, placing his sexuality—or his relation to desire—at the forefront of a critique of bourgeois society and capitalist domination.

For decades, Homosexual Desire was the only one of his books available in English, first published in 1978 and reprinted, with an introduction by Michael Moon, in 1993. However, Hocquenghem left a rich body of work, including pamphlets, manifestos, journalism, theory, philosophy, and novels which remains untranslated into English. In this talk, two translators and a biographer/editor of Hocquenghem will read selections from Hocquenghem’s work and discuss his thought and legacy, his critique of bourgeois institutions and gender/sexual identity, his valorization of desire, and his revolutionary commitments.

Max Fox is a writer, the editor of Christopher Chitty's Sexual Hegemony, and an editor of Pinko Magazine. He has also translated Guy Hocquenghem's The Amphitheater of the Dead.

Antoine Idier holds a PhD in Social Science. He is currently Head of research at the école supérieure d’arts & médias of Caen/Cherbourg, France. He is the author of several publications on sexuality, politics, the history of ideas, contemporary visual art and literature. He especially wrote a biography of Guy Hocquenghem (published in French in 2017, "Les Vies de Guy Hocquenghem. Politique, sexualité, culture", éditions Fayard) and edited a collection of press articles by Hocquenghem, also in French in 2017, "Un journal de rêve" (éditions Verticales).

Scott Branson is a writer, translator, teacher, and anarchist organizer, living in Western North Carolina. In addition to this book, they translated Jacques Lesage De La Haye’s The Abolition of Prison (AK Press, 2021). Their edited volume, Surviving the Future: Abolitionist Queer Strategies will be published by PM Press in October 2022, and their book, Practical Anarchism: A Daily Guide, will be published by Pluto Press in November 2022. 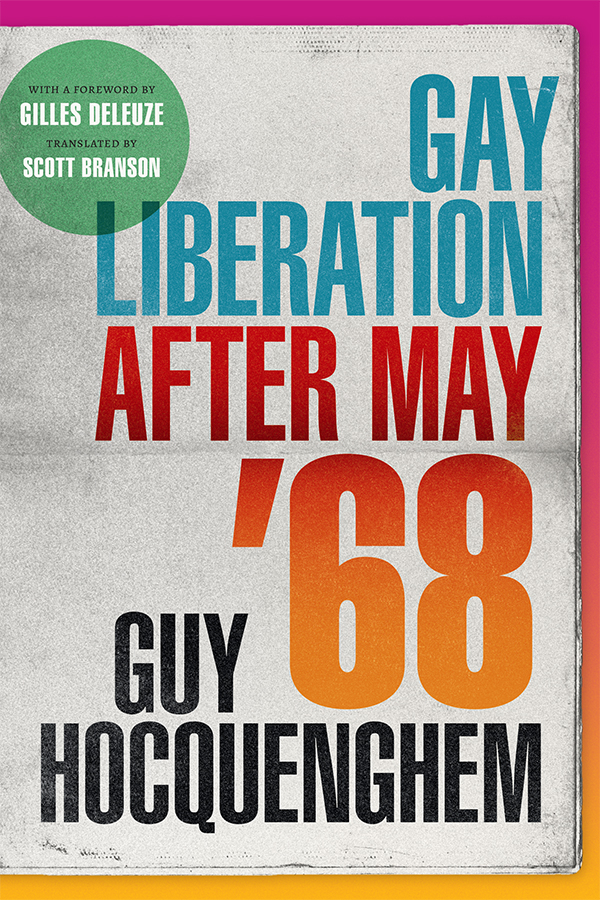