Trapped in embedded colonial structures that define their present and limit their horizons of futurity, the territories of Latin America have endured several cycles of extractive violence, starting from the spectacular decimation of Potosí up to the most recent wave of neo-extractivist capitalism, which continued unabated through the Pink Tide of progressive developmentalist governments. The current map of extractive zones extends from the far South, in the mines and rivers of Patagonia, to the desert in Northern Mexico and through the biodiverse forests in the Amazon basin and the Caribbean. Throughout these regions, the advance of the frontier of extraction has meant the exploitation of human and more than human forms of life, and in some cases the destruction of ancestral forms of interaction between the two, placing full ecosystems and local Indigenous communities under existential threat. Over the last two decades, different political, literary and artistic practices have emerged in response to the ruinous effects of extractive capitalism. Jens Andermann and Macarena Gómez-Barris will discuss different examples of recent art and writing from Latin America committed to combatting contemporary extractivism and imagining alternative worlds in common.

Jens Andermann is Professor of Spanish and Portuguese at New York University and an editor of the Journal of Latin American Cultural Studies. He is the author of Tierras en trance: arte y naturaleza después del paisaje, New Argentine Cinema, The Optic of the State. Visuality and Power in Argentina and Brazil, and Mapas de poder: una arqueología literaria del espacio argentino. His most recent publication is Natura: Environmental Aesthetics After Landscape (Zurich, Berlin: Diaphanes, 2018).

Macarena Gómez-Barris is a writer and scholar working at the intersections of authoritarian violence, decolonial theory, cuir femme praxis, and the colonial anthropocene. She is the author of The Extractive Zone: Social Ecologies and Decolonial Perspectives, Beyond the Pink Tide: Artistic and Political Undercurrents, and Where Memory Dwells: Culture and State Violence in Chile. 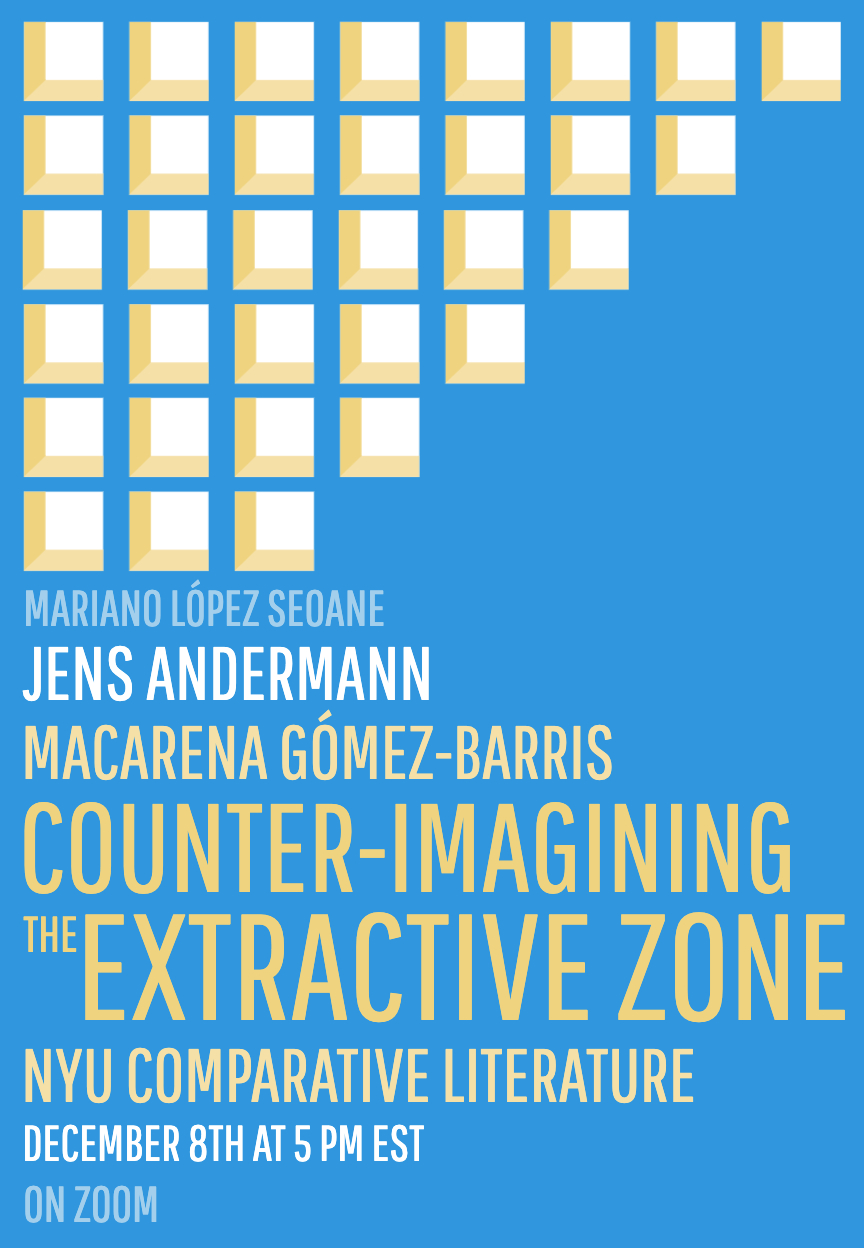