James Baldwin: Of Aesthetics and the Sacred - Mikko Tuhkanen

On Thursday, February 25th at 5 PM EST Jay Garcia and NYU Comparative Literature will host James Baldwin: Of Aesthetics and the Sacred, a talk by Mikko Tuhkanen.

James Baldwin is a thinker of disenchanted modernity. In this talk Mikko Tuhkanen will trace the resonances between the museum scenes in two of Baldwin’s novels: one in Go Tell It on the Mountain (1953), where we visit the Museum of Natural History; and the other in Another Country (1962), where we are blinded by a work of Abstract Expressionism at MoMA. The echoes between the two scenes actualize Baldwin’s suggestion that it is in aesthetic practices, whether within or outside the museum, that diasporic modernity’s aborted potential can be negotiated.

Mikko Tuhkanen is Professor of English at Texas A&M University. 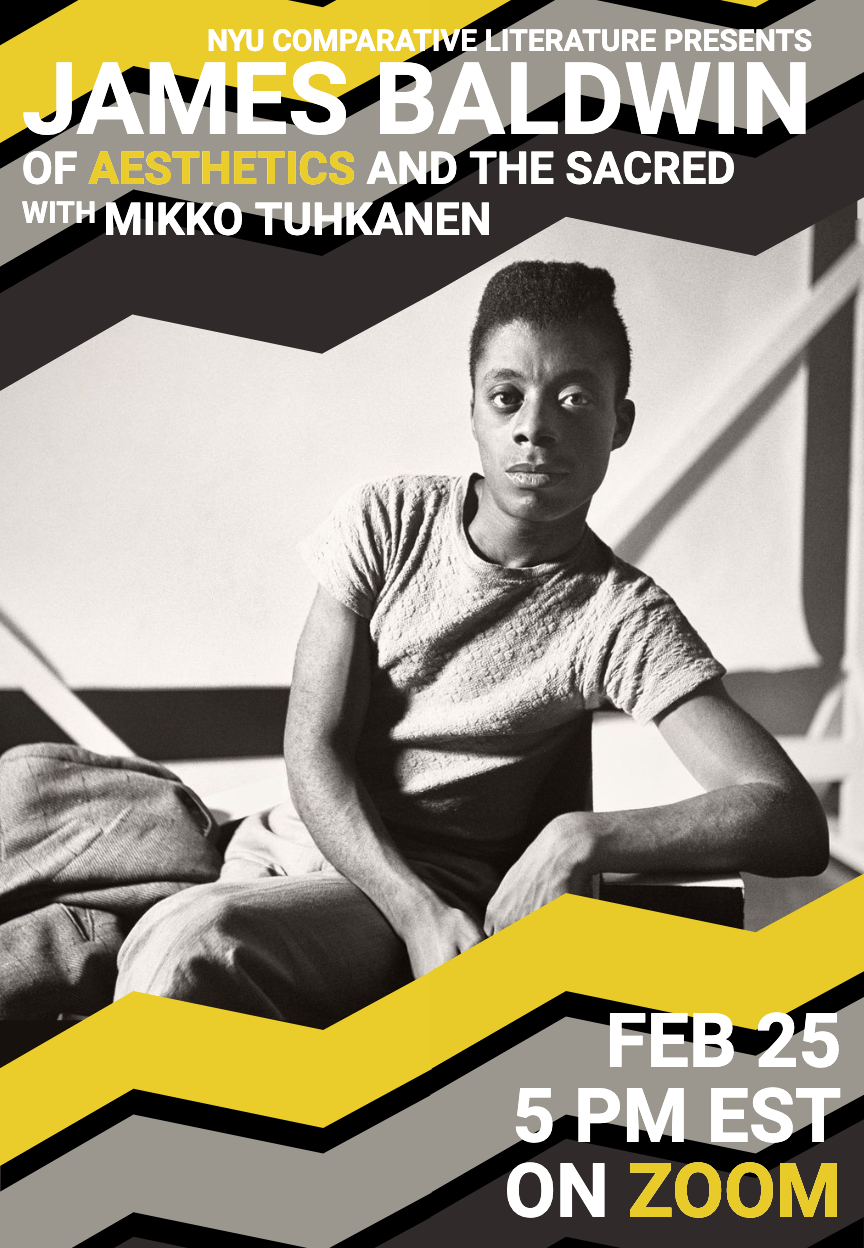