Anthony Bogues on Sylvia Wynter: The Making of Black Metamorphosis

Black Metamorphosis is the unpublished manuscript of the theorist Sylvia Wynter. Written in the 1970’s, this manuscript of over 900 pages represents Wynter’s intellectual preoccupations as she migrates from Jamaica and comes to reside in the USA. The manuscript began its life as a writing project when Wynter began her work with the radical black Atlanta-based group, The Institute of the Black World.

Anthony Bogues is Asa Messer Professor of Humanities and Critical Theory, Professor of Africana Studies, Director of the Center of the Study of Slavery and Justice, and Professor of History of Art and Architecture at Brown University. 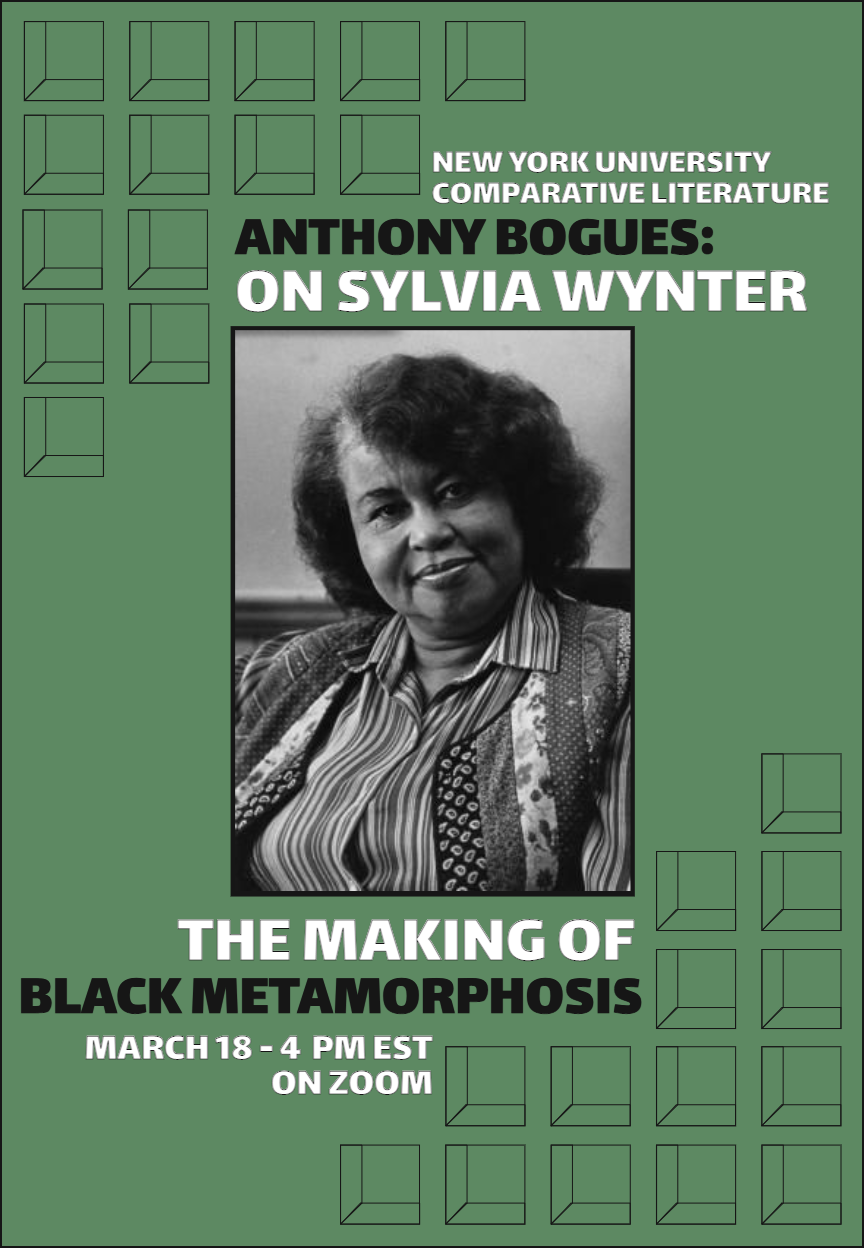