Karin Kukkonen: The Cognitive Work of Form: Schiller, Probability and My Year of Rest and Relaxation

What difference does literary form make when it comes to how a novel engages its readers? In this talk, I propose to develop a cognitive perspective on form from a dialogue between recent developments in philosophy of mind and Schiller's Letters on Aesthetic Education. Cognitive models that foreground the predictive and contingent modes of thought are revisited for literature through Schiller's deliberations on play and form. Literary form, then, comes to be developed as a kind of "probability design" which continually revises readers' sense of the possible through a discussion of Ottessa Moshfegh's novel My Year of Rest and Relaxation. It is because of form, I argue, that literary texts can take cognition further than it would go in everyday contexts.

Karin Kukkonen is Professor in Comparative Literature at the University of Oslo (Norway). She has published on the history of the novel and its cognitive dimensions: A Prehistory of Cognitive Poetics: Neoclassicism and the Novel (OUP, 2017) and How the Novel Found its Feet: 4E Cognition and Eighteenth-Century Fiction (OUP, 2019). Mostly recently, she has worked on probabilistic models of thought (predictive processing) and their relevance for cognitive literary theory. At the University of Oslo, she leads the interdisciplinary initiative Literature, Cognition and Emotions (2019-2023). 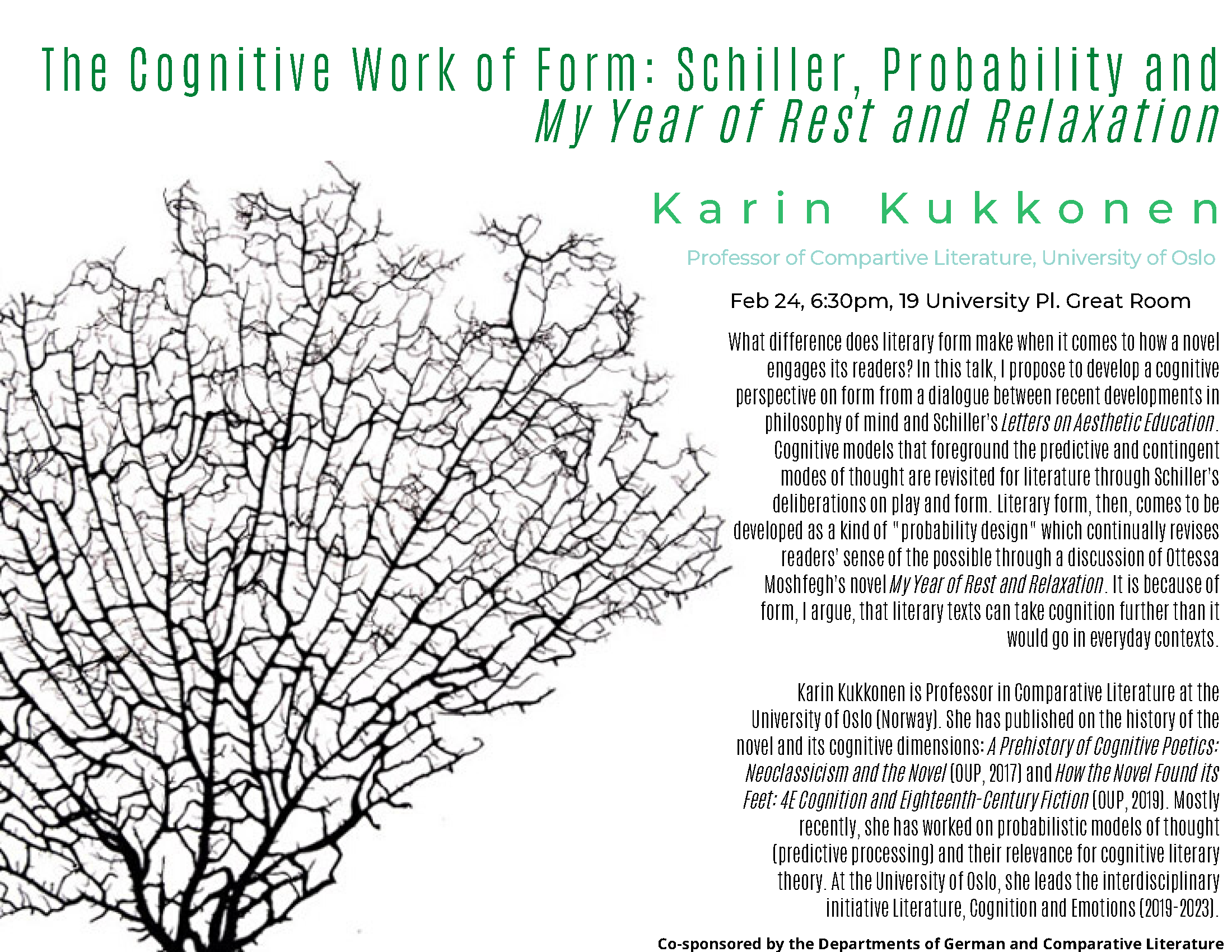