South-South Connections and the Question of 'World Literature'

Anna Kazumi Stahl is a fiction writer based in Argentina. She holds a PhD in Comparative Literature from the University of California, Berkeley, with a dissertation on transnational East-West identities in South American, U.S. and German literatures. Her research focuses on transnational narrative strategies in the work of immigrant or minority writers/artists, particularly those of Asian descent, in the Americas. As a fiction writer, she works in Spanish, a language she adopted in the early 1990s and in which she has published two book-length works and numerous short stories. Her work has appeared in translation in Italy, France, Germany, Japan, the USA, and Australia. Her novel Flores de un solo día (Seix Barral, 2003) was a finalist for the Rómulo Gallegos Prize. She is the director of NYU Buenos Aires, where she teaches Creative Writing. Stahl was selected to be the academic coordinator for J.M. Coetzee’s bi-annual “Literatures of the South” seminars and colloquia, held at the Universidad Nacional de San Martin. In addition, Stahl collaborates with the Malba museum in Buenos Aires and serves on the Board of the Fulbright Commission in Argentina.

Co-sponsored by the Department of Spanish & Portuguese

Please Note: This event will be held via Zoom, and will be accessible using the following link: https://nyu.zoom.us/J/915774093 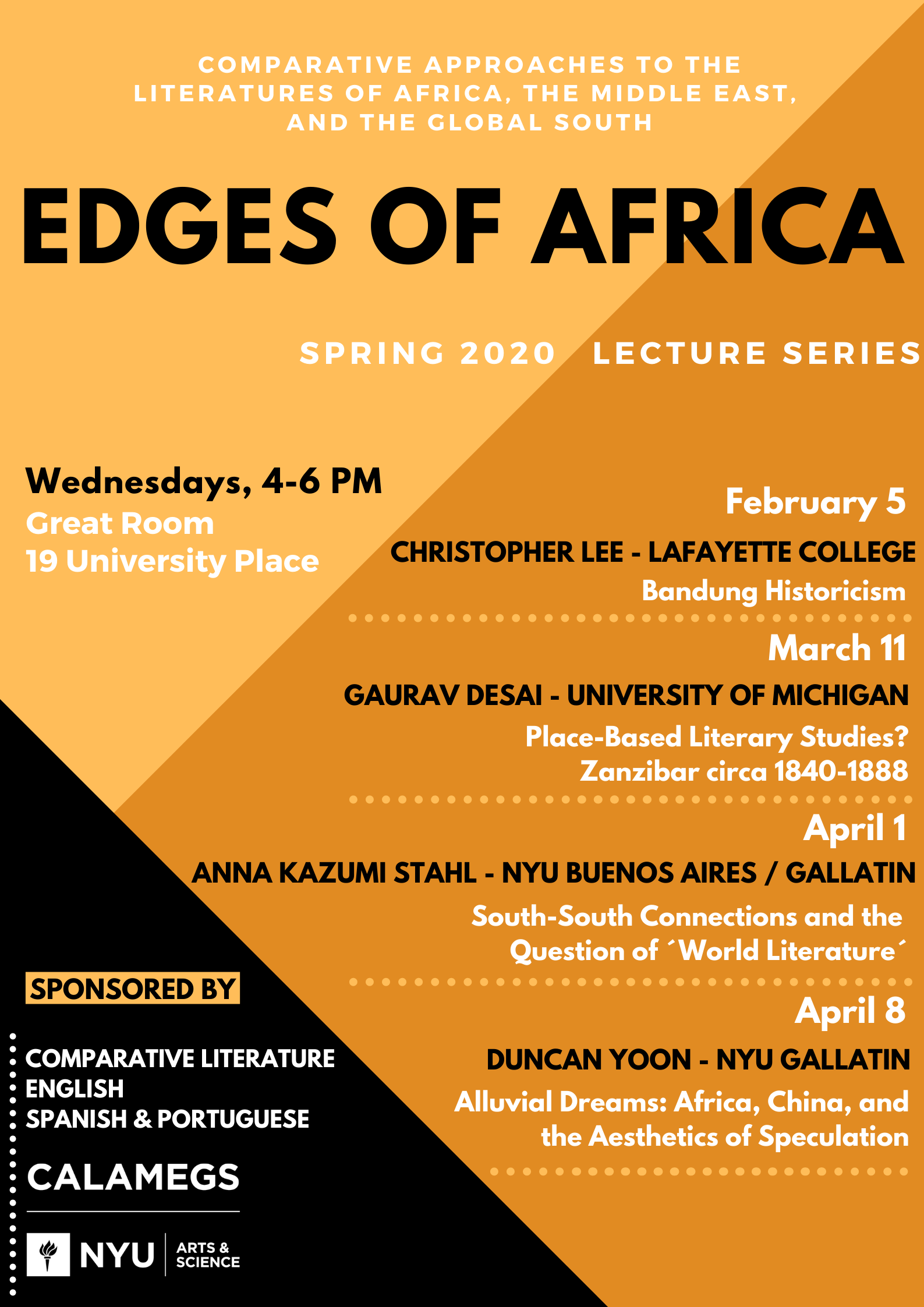