Violence of the Image: Cases of Banned and Attacked Exhibitions in Ukraine

Abstract from Dr. Kulchynska: In 2013 I conducted a series of interviews with individuals who initiated different acts of censorship against artworks or art exhibitions in Ukraine. This study has led me to an unexpected revelation: most of my respondents described themselves as victims of art, as though they were insulted, attacked or even injured by an image while the acts of censorship were presented as a measure to protect themselves and a viewer from the “violent” artworks.

This discovery is at the core of my current research, as I try to find out how seeing came to be considered dangerous. If the image can come to threaten, what is it exactly that is under threat?

And what are we really trying to achieve in attacking violent but defenseless images? Analyzing the cases of clashes with images in Ukraine, my aim is to grasp and describe the power relations between the viewer and the image.

Lesia Kulchynska is a Kyiv-based curator and culture studies and visual culture researcher born in 1984. She received her Master's degree in Culture Studies in 2007, and earned her PhD in Film Studies in 2011. In 2017 she published a book entitled Meaning production in cinema: genre mechanisms (Kyiv, 2017). She is a researcher and exhibition curator at the Visual Culture Research Center and researcher at the Department of Screen and Stage Performing Arts and Cultural Studies at The Rylsky Institute of Art Studies, Folklore and Ethnology at the National Academy of Sciences of Ukraine. She is currently a fellow with the Fulbright Program. Her research interests are the theory and history of image and the theory of cinema. 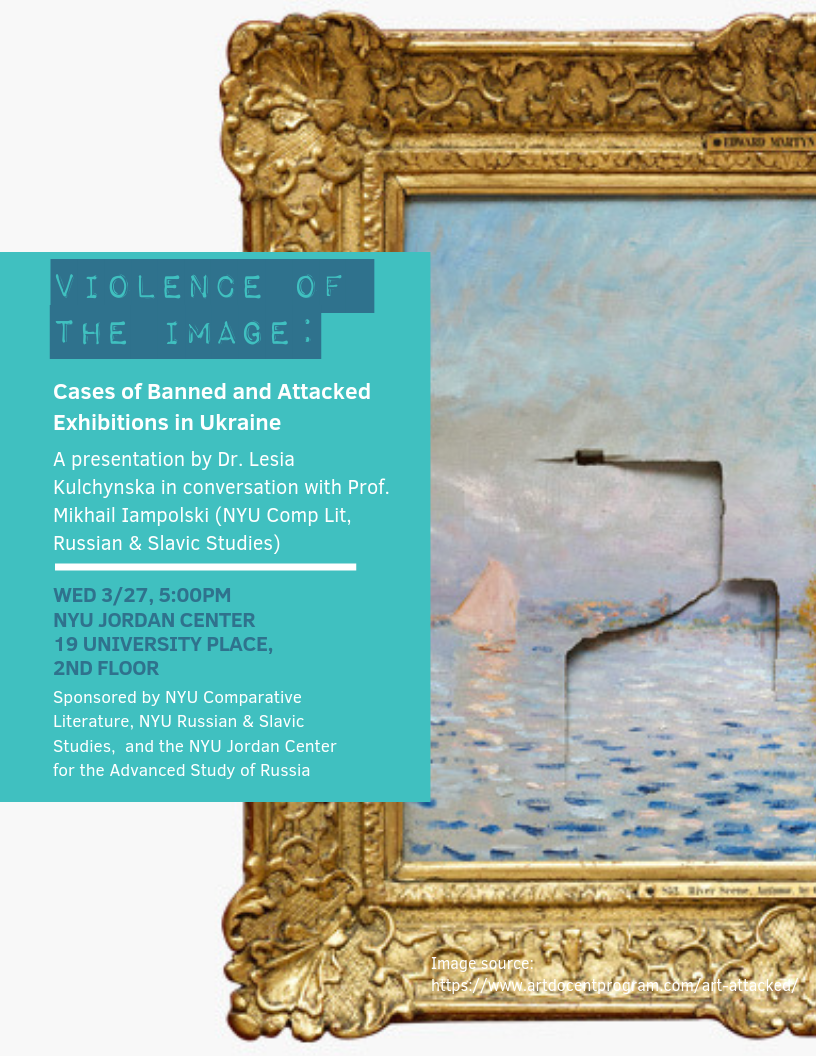