THE ART OF THE QUEUE: FROM EISENSTEIN TO PUTIN - Visiting Faculty Talk with Jillian Porter

From the routine lines for consumer goods to the ritual queue to Lenin’s mausoleum on Red Square, queues brought Soviet citizens together in expectation of the future and shaped their personal and collective identities. Intriguingly, after the collapse of the Soviet Union, figurations of the queue proliferated in inverse proportion to the number of bodies left standing in them. Recollected as the essence of a vanished way of life or cited as proof of national continuity in chaotic times, the queue continues to operate in Russian print and visual culture as a trope not only for the Soviet past, but also, and more surprisingly, for the post-Soviet present. Exploring literature, film, journalism, and social media, Jillian Porter explains how this trope served competing ideological purposes throughout the Communist period, and why it has remained so vital—and so hotly contested—since the collapse of the USSR.

Jillian Porter is a Visiting Assistant Professor of Russian and Comparative Literature and her research examines intersections between Russian economic history and cultural production from the late 18th century to the present. Her first book, Economies of Feeling: Russian Literature under Nicholas I (Northwestern UP, 2017), offers new explanations for the fantastical plots of mad or blocked ambition that helped set the 19th-century Russian prose tradition in motion. Her current book project, The Art of the Queue: From the Revolution to the Putin Era, explores standing in line as a paradigmatic experience of Soviet everyday life and a generator of aesthetic forms. Porter was awarded a 2015-16 Postdoctoral Fellowship at Harvard University’s Davis Center for Russian and Eurasian Studies in support of this project, and she was interviewed about it on the Davis Center's podcast, “The Eurasian Enigma.” Porter is also presently conducting research on the rise of the women’s emancipation movement and the emerging science of energy in late nineteenth-century Russia. 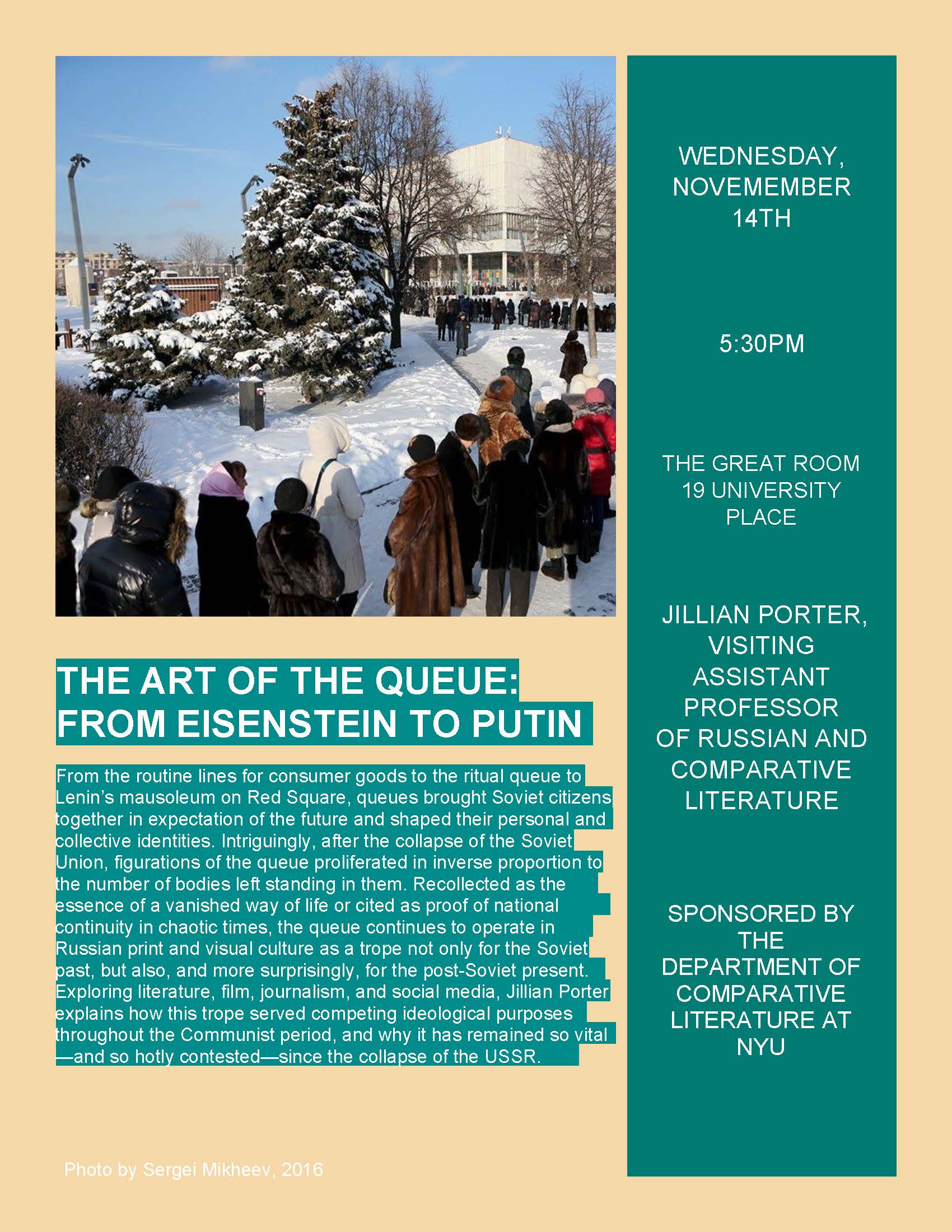